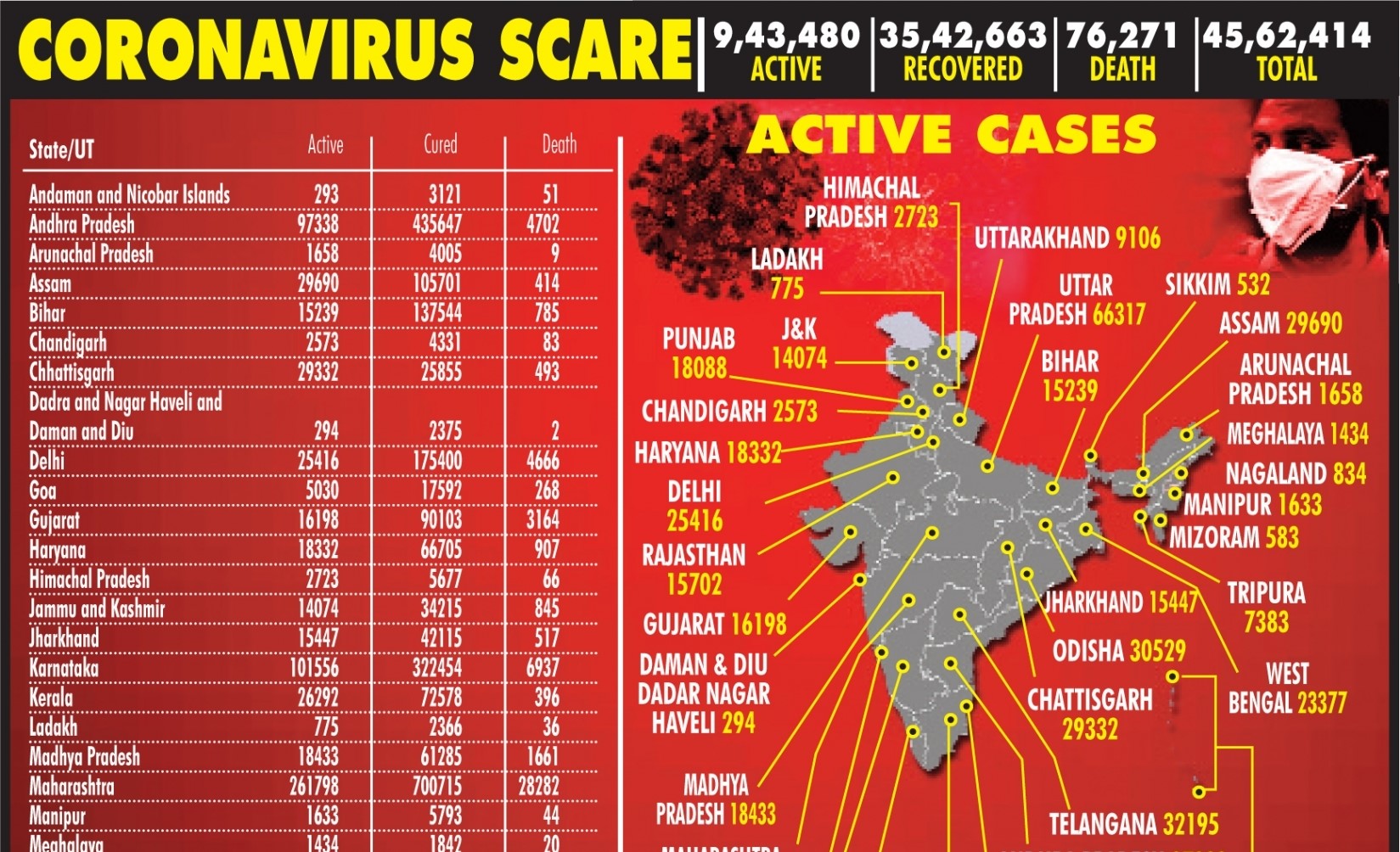 New Delhi, Sep 11  India on Friday recorded an unprecedented rise in single-day spike both in number of fresh cases and deaths in 24 hours. There were 96,551 new infections reported that took the total tally to 45,62,414, the Union Health Ministry data revealed.

There were 1,209 deaths reported in the past 24 hours, which is also the highest fatality in a single day, with the toll reaching 76,271 so far.

India has breached US’ single day tally of cases, but the US still holds the single day deaths record of 2,494 on April 15.

Maharashtra, Andhra Pradesh, Tamil Nadu, Karnataka, and Uttar Pradesh are the worst-hit states. They account for over more than 60 per cent of the active cases, according to the Ministry.

The recovery rate stands at 77.74 per cent, while the fatality rate has dipped to 1.68 per cent, the Ministry data showed.

According to the data from the Indian Council of Medical Research (ICMR), India conducted a record 11,63,542 tests in a single day on Thursday, taking the total number of samples tested so far to 5,40,97,975.

The Ministry has also urged the States and UTs to urgently establish a monitoring mechanism in every district, a designated officer or a team, and at the State level to follow up such cases. 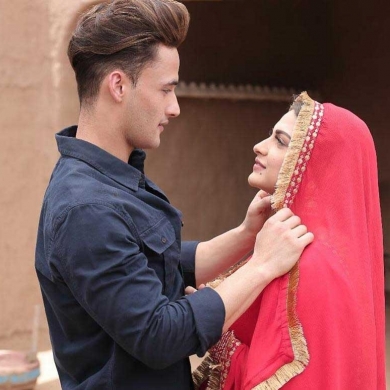