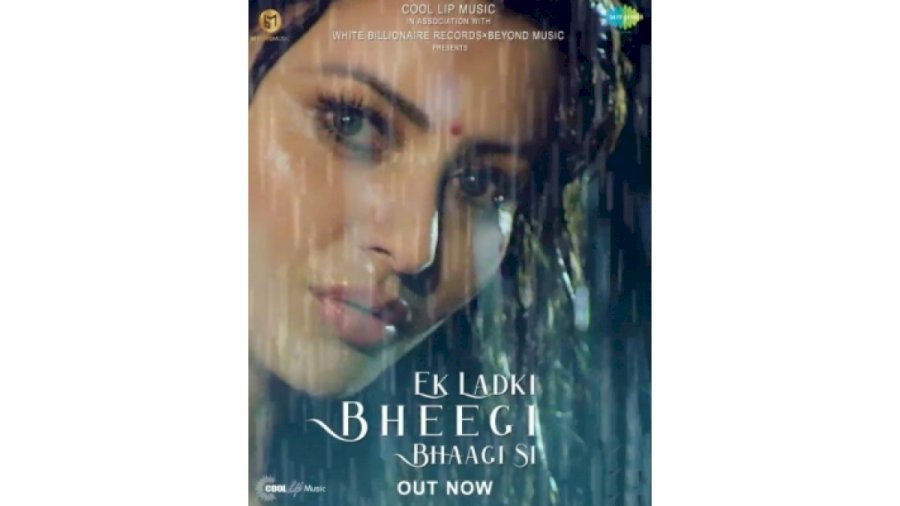 Mumbai, March 2 Actress Urvashi Rautela appears in the music video of a recreated version of the song “Ek ladki bheegi bhaagi si”, Kishore Kumar’s evergreen classic filmed on the actor-singer and Madhubala in the 1958 comedy superhit, “Chalti Ka Naam Gaadi”. She claims the late Madhubala would be proud of the new version.

“‘Ek ladki bheegi bhaagi si’ is an iconic song. I feel every actress would have loved to be a part of this song, so when the makers thought of having me in the song, I was very happy. For me, it was a huge opportunity because I think Madhubala ji is a beauty icon of Bollywood and they (makers of the song) were looking for a face who could justify the Indian beauty of today’s time. I am glad that I am stepping into Madhubala ji’s shoes . She is not amongst us but I am sure she will be proud of our song. I never imagined that I would be part of this song, so I am feeling more than grateful,” said Urvashi.

She added: “This is the first time I have sung a song. We have tried to keep the look of the song very modernised but there is one scene in the song in which I wore a white saree like Madhubala ji wore in the original song. We have shot this song in the desert.”

Along with Urvashi, the recreated song is sung by Ajay Keswani while the lyrics are written by Varun Prabhudayal Gupta. Its music is composed by Vicky and Hardik.

Talking about her upcoming projects, Urvashi will be seen in the upcoming web series “Inspector Avinash” along with Randeep Hooda, which is being directed by Neerraj Pathak, under the banner of Jio Studios. She also has the multilib=ngual film, “Black Rose”, and the Hindi remake of the Tamil hit “Thiruttu Payale 2” lined up.