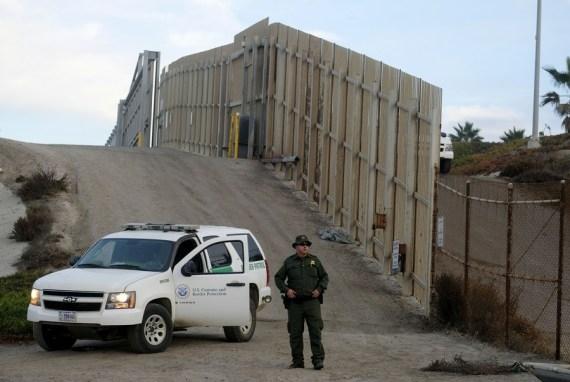 US: A U.S. Border Patrol agent stands in front of the border fence that divides the United States and Mexico in San Diego, California, the United States, Nov. 17, 2018. (Xinhua/Zhao Hanrong/IANS)
Diaspora
·August 4, 2022

US probes reports of Sikh turbans being confiscated at Mexico border

Washington, Aug 4  US authorities have said investigations were underway into reports that turbans of Sikh asylum seekers were confiscated after they were detained at the country’s border with Mexico, the media reported.

According to the American Civil Liberties Union (ACLU), nearly 50 Sikh migrants have had their turbans taken away, the BBC reported.

It said that the turban confiscations “blatantly violate federal law” and are inconsistent with the US Customs and Border Protection’s (CBP) own non-discrimination policies.

In a letter sent to CBP Commissioner Chris Magnus on August 1, the ACLU called the seizures “ongoing, serious religious-freedom violations”.

Meanwhile, Vanessa Pineda, a lawyer of the ACLU of Arizona, told the BBC that no proper explanation has been given about what, if any, security concerns a turban could raise.

“It’s just not acceptable. They need to find another alternative and stop this. It’s dehumanising,” she added.

In response, Magnus said the border agency expects its staff to “treat all migrants we encounter with respect”, the BBC reported citing A Washington Post report.

“An internal investigation has been opened to address this matter,” the CBP Commissioner was quoted as saying.

According to CBP statistics, nearly 13,000 Indian citizens, including many from Punjab, have been detained by Border Patrol officers at the US-Mexico border in the fiscal year that began in October 2021.

Of these, about three-quarters, or nearly 10,000, have been detained in the Border Patrol’s Yuma sector, a 202 km expanse of desert and rocky mountains that stretches from California’s Imperial Sand Dunes to the border between Arizona’s Yuma and Pima counties.