By Troy Ribeiro
Film: “Wajah Tum Ho”; Director: Vishal Pandya; Cast: Sharman Joshi, Rajneesh Duggal, Sana Khan, Gurmeet Choudhari, Himmanshoo A. Malhotra, Sherlyn Chopra, Zarine Khan; Rating: **
With a warped story replete with major plot holes, “Wajah Tum Ho”, is a murder mystery, characteristic of the T-Series stable.
The thriller revolves around the hacking of GTN (Global Time Network) a television news channel which claims the highest TRP ratings and thereafter broadcasting live murders.
The investigating officer, Kabir Deshmukh (Sharman Joshi) accuses the owner and CEO of the channel, Rahul Oberoi (Rajneesh Duggal) of indulging in this tactic to raise the falling TRPs of the channel.
Siya (Sana Khan), the channel’s legal advisor defends Rahul. But she is pitted against Ranveer Bajaj, the police attorney, who also happens to be her love interest. Their personal and professional lives clash and in the process some old case files are re-opened. In the process, the mystery of the old cases and the current murders are solved.
While the actors are committed, they play their parts in a very perfunctory manner. Sharman Joshi as Kabir Deshmukh and Sana Khan as Siya, in spite of the mediocrity, are the best of the lot. Rajneesh Dugal as Rahul Oberoi, Himmanshoo Malhotra as Karan Parekh – Rahul’s friend and a construction magnate along with Gurmeet Chaudhary as Ranveer Bajaj are equally efficient.
Zarine Khan in an item number is an eyesore and Sherlyn Chopra in a two scene role is wasted. In fact it is unintentionally hilarious, when Siya tells her, “Why would she want to sleep with a man like Rahul Oberoi?” To which Sherlyn retorts, “Will you pay my bills?”
The two actors who actually make their presence felt, play the role of policemen – Sarnaik and Gaitonde.
The plot starts on an interesting note and is engrossing till it crumbles near the climax with absurd logic and an ever-stretched action sequence which seems far-fetched and ridiculous.
Vishal Pandya’s direction is tacky in parts. His action sequences though well choreographed are not exciting enough to give a teeth clenching, edge-of the seat experience. Instead they are pristinely sterile and unintentionally funny.
The music which is full of remixes of old classics is an aberration to the narrative. The songs are well picturised and they are used as music videos to promote the remixes. They break the beat and seriousness of the mystery.
With moderately decent production values, the film is well mounted and every department is technically competent.
Overall, “Wajah Tum Ho” is a frivolously made film that is churned out from a poorly conceptualised story. 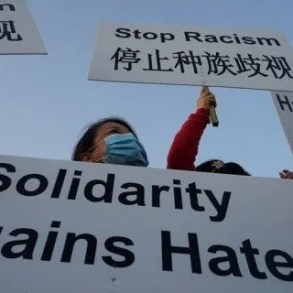