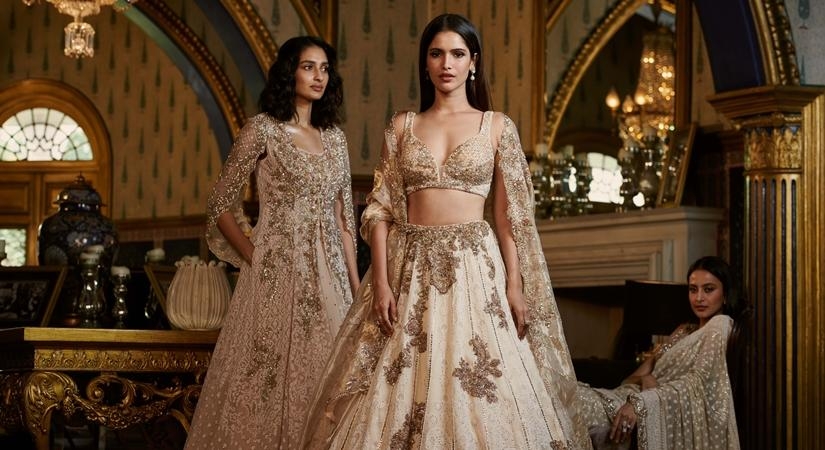 A guide to fashion filmmaking

New Delhi, Oct 10  The Fashion Week film is here to stay. It does seem like the most socially responsible way of continuing with the fashion week system.

The first fashion week to embrace a full digital format was London Fashion Week in June. You would think going digital would increase social media traction for the industry but Launchmeterics, a company that tracks online activity, noted that the digital version of London Fashion Week social media engagement dropped by 55 per cent when compared to the January version- which was held as a traditional fashion week.

India Couture Week (ICW) held last month was a fully digital event; Lakme Fashion Week which starts on the 21st of this month is also a digital event and the FDCI Lotus Fashion Week has opted for the hybrid ‘phygital’ format opening next Friday.

Of course we are all new to this medium and we are still adjusting and understanding it-but there are some basic principles that designers need to keep in mind. Having watched over 50 fashion films in the last month alone, I do have some requests to designers in India.

SWITCH OF THE COMMENTS

During one of the first digital showcases by an Indian couture designer staged at the time of lockdown, the comments were kept on—with bloggers singing praises to the stylists and choreographers, a veteran journalist commenting on outfits as they went down the runway and yesteryear supermodels shouting out their love for a designer. Such activity of course takes place during a fashion week— but at the after show cocktails, not while the show is on. The commentary distracted from the show and turned into a backdrop for a digital catch-up.

The narrative of film must have a point of view that enhances the collection. At these difficult times designers need to make clothes they know will sell, and the film format may actually be a good thing for this. At India Couture Week, Amit Aggarwal’s fashion short was shot by Artfoto Studios. On display were lenghas and sari using metallic molded surface details, a look that is very much Aggarwal’s trademark.

Right now it makes business sense for designers to stick to their signature look-but they need to inject some freshness, a new perspective. As a designer who has always believed in the use of upcycled materials and in making bridal weightless- shooting these pieces underwater really emphasized the brand’s philosophy. His models were turned into mermaids, and you were transported to an underwater escape. It was creative, conceptual and commercial.

There is no need to start off the fashion film with a short synopsis of the brand’s journey voiced by the designer. Fashion week films are not corporate films. A Wikipedia sounding introduction is not necessary—- the press release can include that if you like. Would you start a fashion runway presentation with a slideshow on the history of the brand? Not only is it unnecessarily indulgent, but it means that you managed to bore the audience before the first garment has taken centerstage.

DO NOT MAKE FALSE STATEMENTS

Keep it authentic, film is not a forgiving medium and there is no room for pretension here. So if you are making a film which is about the ecosystem of fashion; in India the very basis of the industry is our craftsmen, so perhaps that should be your highlight and not celebrity stylists? (I am sure you can guess which India Couture Week film I am referring to here.) And you can’t weave in a celebrity showstopper into your film for no reason other than getting eyeballs (Unless of course you are Manish Malhotra— whose tie to films is obvious and not forced).

A digital audience is even more fickle than a live audience and playing the fast forward button is very tempting. In this format even one outfit can be enough, as Beirut based label Maison Rabih Kayrouz proved during Paris Couture Week. It revolved around the making of one dress, emphasizing that every couture creation is a true work of art. A five minute video with the late Sadia, an Arab icon providing the background music and young Lebanese dancer, Yousra Mohsen was the model- a true melting pot of many creative genres. The protagonist of the film is a calf length flame orange dress, constructed using a very intricate grosgrain ribbon and cord based process. Ribbon and cord usage is one of this label’s trademarks, and for this dress more than 80 meters of ribbon was used. A label that has dressed Celine Dion, Jada Pinkett Smith and Ciara, this dress is bound to find itself on the red carpet as soon as the event season is reinstated.

(The writer Sujata Assomull is an IANSlife columnist. Assomull is the author “100 Iconic Bollywood Costumes” and was the Founding Editor In Chief of Harper’s Bazaar, India.)