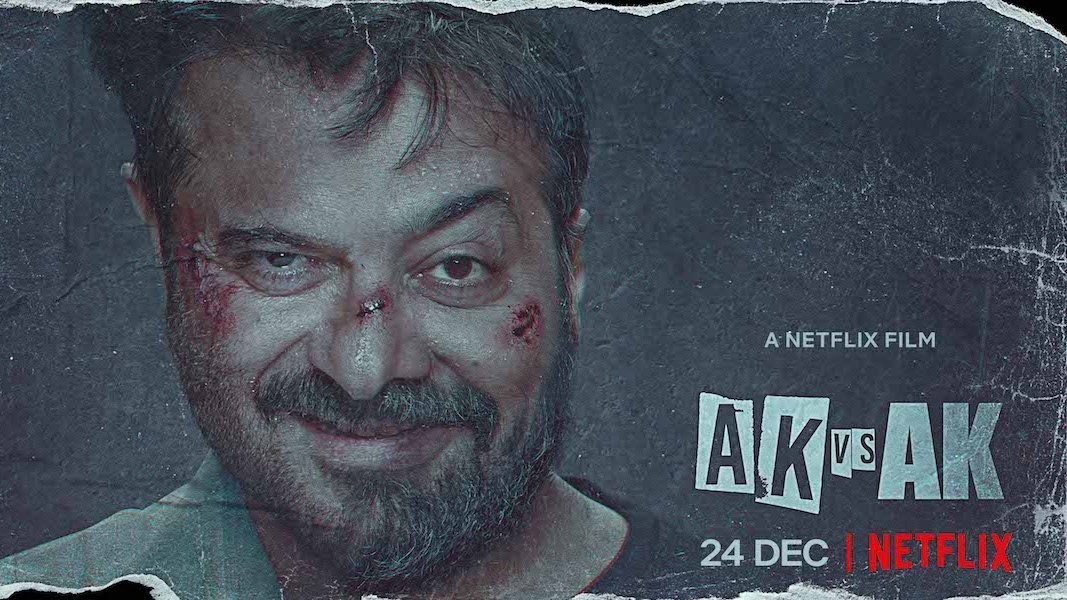 Half the trick lies in the casting. Anil Kapoor plays Anil Kapoor. Anurag Kashyap plays Anurag Kashyap. They get to badmouth each other exposing the other’s fallacies in the build-up to an engaging thriller overflowing with wry wit.

AK Vs AK has to be the quirkiest film Bollywood made this year.

Vikramaditya Motwane’s film thrives on its sheer absence of genre-specifics. It involves real people playing out a fictional storyline, and yet the narrative coldly draws from their lives to set up make-belief. The mockumentary-style narrative plays out with the clinical precision of a true story, except that none of it actually ever happened.

Avinash Sampath’s story is a two-liner. Filmmaker Anurag Kashyap (as himself) and veteran Bollywood star Anil Kapoor (as himself) are at loggerheads. The filmmaker kidnaps Sonam Kapoor (as herself), daughter of the star, and sets off the senior actor on a frantic search, in a bid to teach him a lesson. As Anil Kapoor gets going on a desperate hunt for daughter Sonam, Kashyap films the action in real time. He is sure it’s ready material for his next blockbuster film.

Experimental entertainment that toys with the real and the fictional is rare even in Hollywood, leave alone Hindi filmdom. One can at random recall the Spike Jonze gems Being John Malkovich and Adaptation. Iranian filmmaker Abbas Kiarostami made Close-Up, about a crazed cinephile who passes off as the maestro Mohsen Makhmalbaf and scams people saying he will cast them. In AK Vs AK Motwane uses the genre specifics well, to craft an original story.

Sonam Kapoor’s appearance is boosted by an accompanying cameo of her brother Harsh Varrdhan Kapoor. Harsh’s casting, in fact, is used by director Motwane to add cheeky humour, taking the joke on himself. Budding actor Harsh is seen talking to Kashyap at one point, about Vikramaditya Motwane’s Bhavesh Joshi Superhero, which ended up a flop. Harsh wants Kashyap, who was a producer of that film, to make a sequel.

The fun really lies in savouring the way these ‘real’ characters are presented, even as the fictional suspense unfolds. Motwane keeps the narrative suitably fastpaced, with Swapnil Sonawane’s cinematography delivering the impact.

The credible tech-specs complement smart screenwriting that draws from personal aspects of the celebrities in question (Anil Kapoor’s asthmatic fits in real life, for instance, are woven into the story), just as feats and failures of their professional lives are tossed into conversations to render drama to the dialogues.

Good writing is also the reason the actors get to play the field as themselves. The irony is you never quite know in which scene a particular cast member is actually ‘acting’, and in which they are just being themselves. That sort of a fluidity is Motwane’s triumph as a filmmaker.