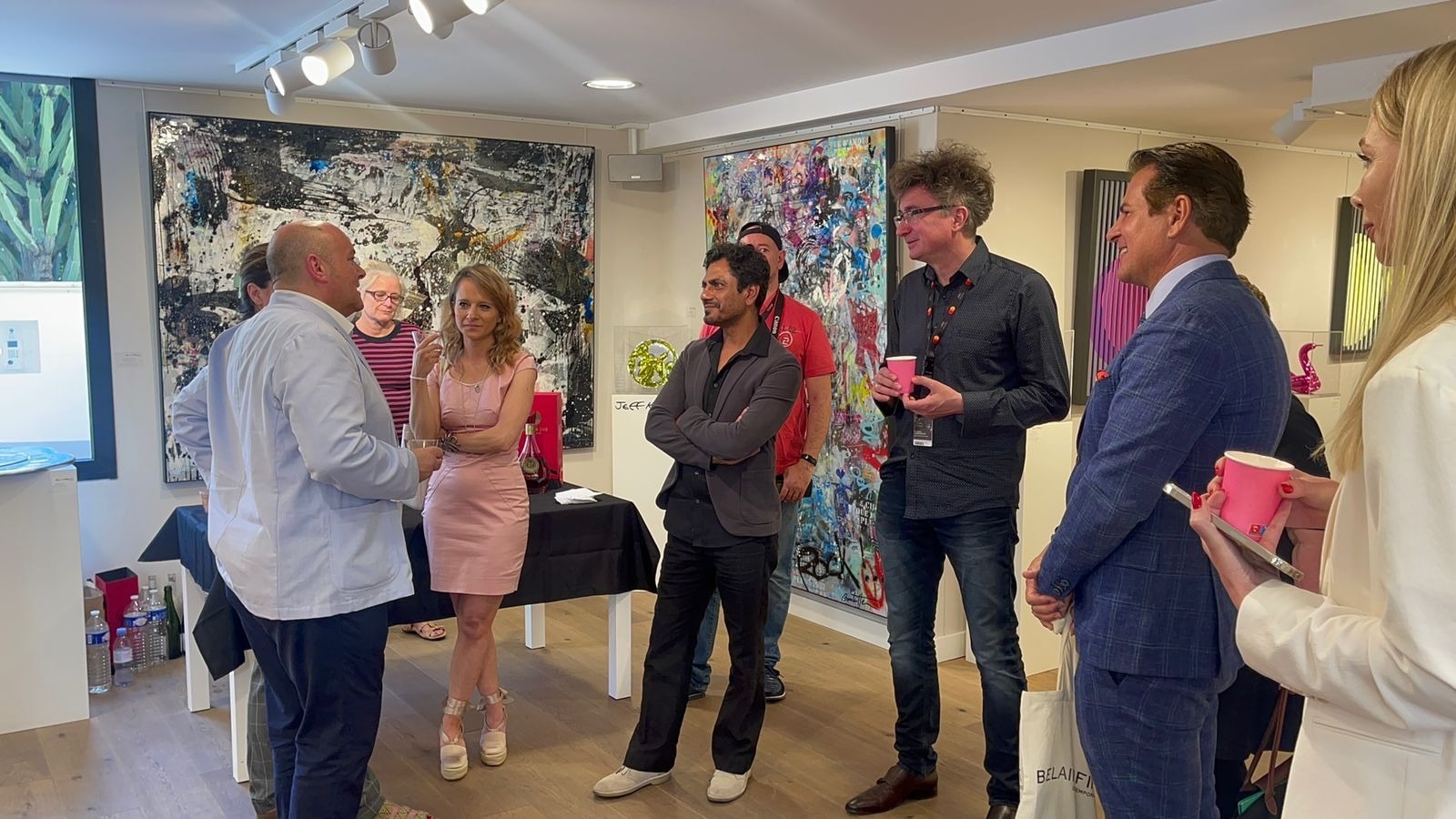 Excellence In Cinema awardee Nawazuddin Siddiqui catches up with cine-celebs at French Riviera
Bollywood News
·May 23, 2022

Mumbai, May 23  Recognised for his versatility, actor Nawazuddin Siddiqui’s talent is no stranger to awards at national and international film events. With the world of entertainment focused on the Cannes right now, Nawazuddin has been making his presence felt at the French Riviera too.

Nawazuddin has received an award for Excellence in Cinema at the prestigious French Riviera Film Festival from the hands of two-time Emmy award winner American actor and producer Vincent De Paul. It was one of the biggest moments in the star’s life as it adds more credibility to his work.

This is not the first time that Nawazuddin has brought accolades back home. Previously, the actor was chosen as one of the delegates to receive awards on behalf of the nation at the Cannes Film Festival.

Attending the French Riviera Film Festival, Nawazuddin was seen sharing warm hugs and smiles with artistes from around the world. In one of the pictures, Nawazuddin could be seen giving side hugs to famous Turkish actor Cansel Elcin.

On the work front, Nawazuddin has an interesting line-up of films which includes �Tiku Weds Sheru’, �Noorani Chehra’, and �Adbhut’, among others.