Mumbai, April 7  The Ministry of Law and Justice has reportedly abolished the Film Certification Appellate Tribunal (FCAT) with immediate effect. Filmmakers and producers took to Twitter to express their disappointment.

Filmmaker Hansal Mehta tweeted on Wednesday: “Do the high courts have a lot of time to address film certification grievances? How many film producers will have the means to approach the courts? The FCAT discontinuation feels arbitrary and is definitely restrictive. Why this unfortunate timing? Why take this decision at all?”

Producer Guneet Monga reacted: “How does something like this happen? Who decides ?”

Producer and trade business analyst Girish Johar tweeted: “With #FCAT dissolved by Govt, mayb a larger body may come up, setup by Govt, which will not only address censor grievances of films, but raised issues of other content as well..#Online #OTT #Short #SocialMedia..kuchch toh aayega, makers cant afford, nor Govt can’t burden courts more.”

Before releasing in theatres, every film in India has to be certified by the Central Board of Film Certification or CBFC, which is also often referred to as the Censor Board. However, if any filmmaker is unhappy with a change suggested by the CBFC, they could go and challenge the decision at FCAT.

With FCAT abolished, filmmakers unhappy with CBFC’s decision will now have to go to court with grievances. 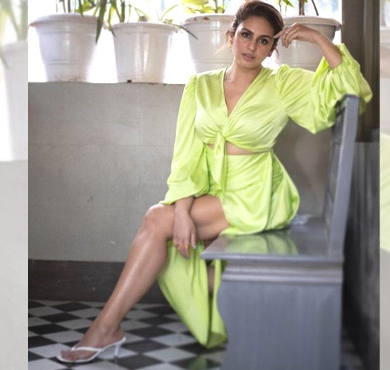 Huma Qureshi: Mindset that whatever you have isn’t good enough must change