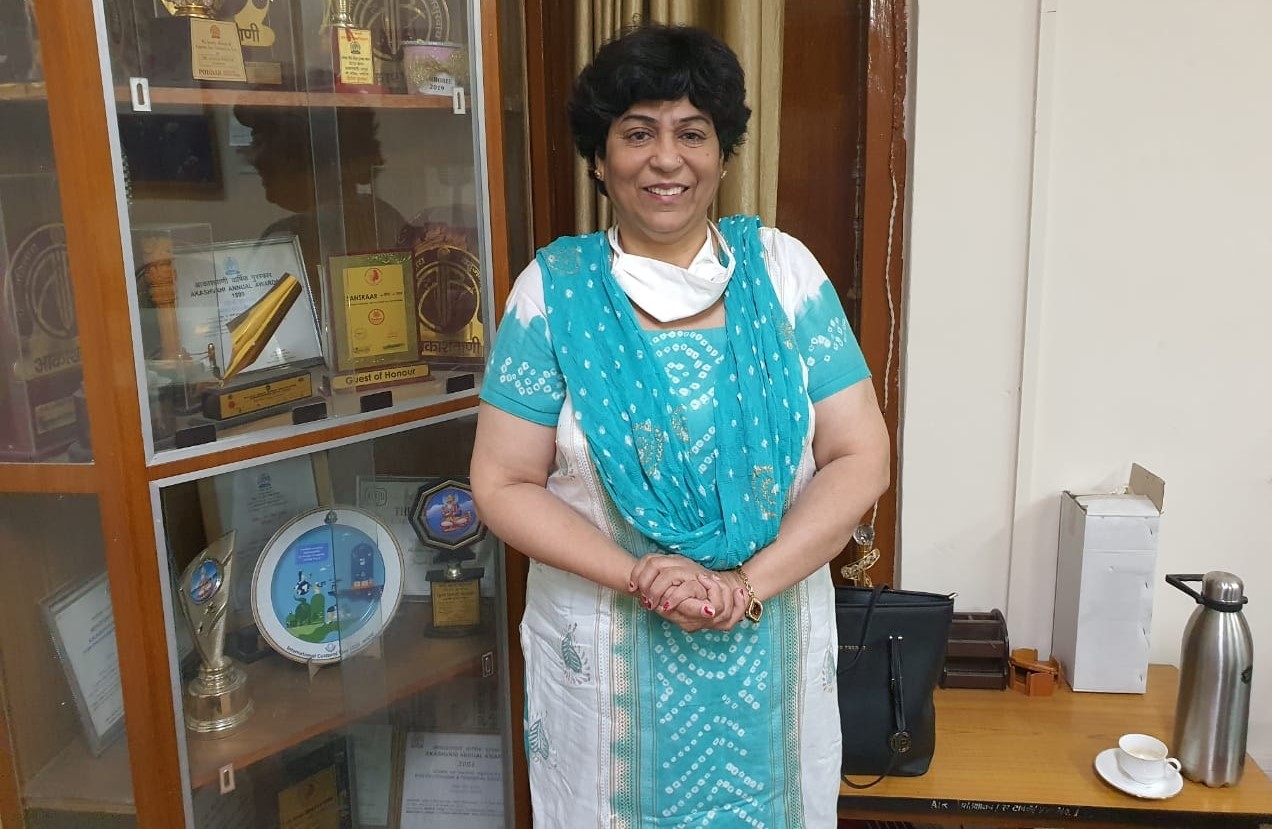 Jaipur, Oct 21 Reshma Khan, the Programme Head at the All India Radio-Akashvani, represents the voice of progressive women in India who are fearless and intelligent, witty yet sensitive and aims at climbing the ladders of progress and promotion while following the values taught by her parents.

Khan, coming down from a line of highly motivated progressive women, who hunted along with their husband beside raising 10 kids, and a mother who was an NCC cadet, has made a mark in broadcasting with her diction, voice, clear punctuation, language fluency, sense of honour and control of voice pitches.

For the past 33 years, she has interviewed many legends and has watched the lives of renowned personalities from close proximity and spoken about their lifestyles from varied perspective.

However, what has been a constant thorn right at the centre of her heart is watching women walking down streets wearing burqa and hijab, especially even in scorching summer.

“If I were anointed the PM for a day, I would put a ban on burqa and hijab for women in the country,” she said, adding “During my posting in Sawai Madhopur, I used to see women draped in burqa walking with four kids in scorching heat with their husband.

“It was disgusting to look at their plight as her shameless husband walked along with her with all the unwanted and unnecessary pride. I always used to think if I can ban the burqa for these women,” she says.

Reshma was brought up in Ajmer in a liberal and forward looking family where there was no gender bias and everybody was taught to respect each other following the principles of humanity.

Convent educated Khan, who later joined AIR, said: “Today, it seems we are going back to social taboos — talking too much of girls and boys. Too much gender is being discussed here. Also, caste issue is one thing which has come around too strong with reservation becoming a hot topic to discuss.

“Till stir over the Mandal Commission issue in 1992, we never knew who was who — in terms of caste and religion, but now it is too evident and right in our face which is not good,” said Khan.

“In fact, I have been teaching my two daughters to be good human beings. The caste bias a few years back was limited to India-Pakistan cricket matches and veg and non-veg difference, however, now the split is open wide,” she added.

Reshma questions why couldn’t Muslim brethren study the same way when all others — across castes and religion are educated and step ahead. Why are they not coming out of the clutches of Madarsas, she said.

“I have been raised in a family where I have become fearless and confident. East or West-Reshma is the best-I say to myself, as I am not scared of anyone no matter who is standing in front of me. Am a go-getter,” she says.

Speaking on her liberal upbringing, Reshma says: “Despite representing a Muslim family, my grandmother never practised pardaah and she used to go for hunting with my grandfather and was good at swimming. With daring and progressive ideology, she raised her 10 children with all virtues, values and principles to ensure they live their lives with pride and strive towards success. In fact, my mother was a NCC cadet and a horse rider too.”

“All my six aunties among 10 were graduates and post-graduates then some five-six decades back. Carrying forward the family legacy, my family members gave me the best of education.

“My father an officer was a wonderful orator and he insisted with us to read newspapers, magazines and good books. So when 12 or 13, we read all kinds of novels including Shivani, Gulshan Nanda, and Mills and Boons too.

“At a young age, I became a voracious reader and all these qualities helped me in attaining what I wanted — a job in All India Radio where I will be completing my 33 years in coming February,” says Reshma.

“I am at the place where I always wanted to be. Due to my passion and quick learning, I attained progress and promotion frequently. I watched DD anchors and learnt from their style and diction, admired many people from diverse backgrounds and learnt how they modulate. All these factors help me move ahead,” she says when asked reason behind her success.

Reshma’s husband is an IAS, serving as Jhunjhunu district collector, who she says has given all the support and cooperation she ever needed.

“He has helped in whatever manner he could, to make me emotionally and professionally strong and now he is grooming our daughters smartly to ensure they too lead their lives with their heads held high,” she adds.

Her elder daughter is pursuing Economics from Kirorimal College and has travelled to the US, Australia and Germany during her school days on diverse projects. Her younger daughter in St Xavier’s is also creative at heart.

“I want the same energy and environment to be there for my daughters which was given to us in our childhood and my husband who has been a self-made man and is hardworking ensures that they get the best in their lives.

Both her daughters though feel it should be a woman’s choice to accept or refuse the hijab and burqa.

(The writer can be contacted at arachana.g@gmail.com) 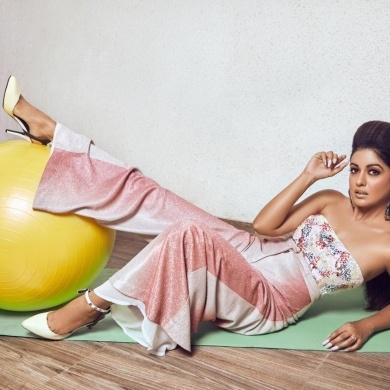