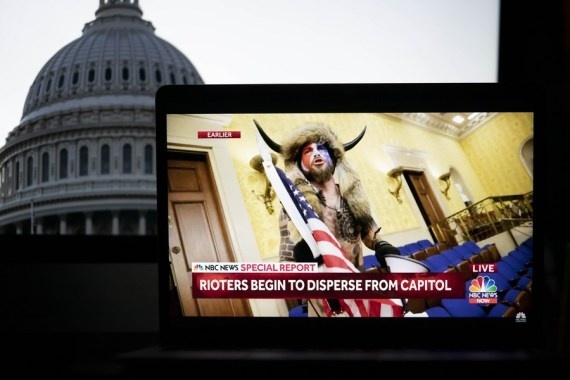 A protester breaking into the U.S. Capitol building is captured on a screenshot in a video feed from NBC news seen in Arlington, Virginia, the United States, Jan. 6, 2021. (Xinhua/Liu Jie)
India News
·January 15, 2021

Washington, Jan 15  A man who had his face painted blue and red and donned a fur hat with horns while storming the US Capitol building in Washington D.C. on January 6, has asked outgoing President Donald Trump to pardon him.

Images of Jacob Anthony Chansley, also known as “QAnon Shaman”, went viral on the internet as the violent riots took place which were staged by supporters of Trump following a speech he made earlier that day outside the Capitol calling for “patriots” to take a stand against the 2020 election results.

Chansley surrendered to authorities on January 9. He faces numerous charges, including knowingly entering or remaining in any restricted building or grounds without lawful authority, and violent entry and disorderly conduct on Capitol grounds, The Hill news website reported.

Making a plea for a pardon, Chansley’s lawyer Albert Watkins told a local news outlet on Thursday that “words and invitation of a President are supposed to mean something”.

Adding that Chansley was not involved in the January 6 violence, Watkins said: “Given the peaceful and compliant fashion in which Chansley comported himself, it would be appropriate and honourable for the President to pardon Chansley and other like-minded, peaceful individuals who accepted the President’s invitation with honourable intentions.”

Shortly after the riots, Chansley told NBC News that there was nothing wrong in his actions, adding “the fact that we had a bunch of our traitors in office hunker down, put on their gas masks and retreat into their underground bunker, I consider that a win”.

His reference was to the lawmakers inside the building who had to take shelter. 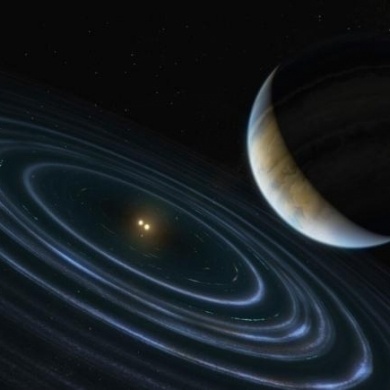