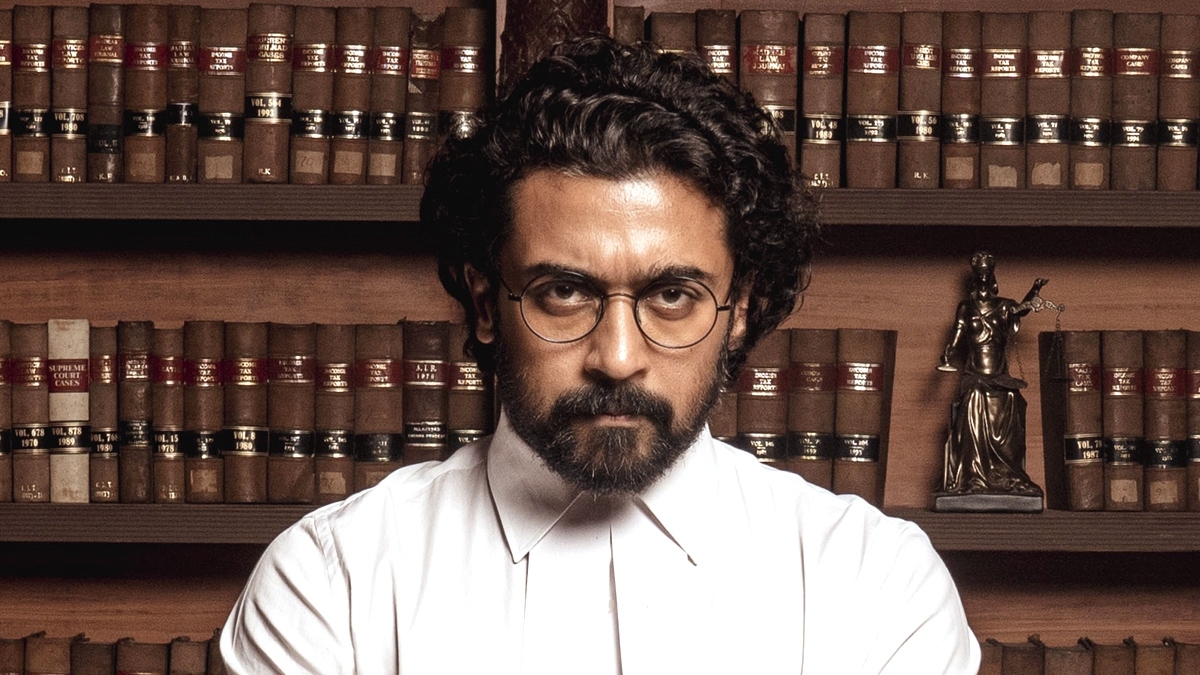 Make no mistake, director Tha. Se. Gnanavel’s ‘Jai Bhim’ is a gem! This is a story that must be told, treasured and celebrated for time to come.

Inspired by true events that happened in Tamil Nadu in the nineties, the film tells the moving story of an upright lawyer coming to the aid of poor, defenceless people from the Irular community who have no means to stand up to the might of an inhuman police force that seeks to exploit their helplessness and audaciously commits atrocity after atrocity on them with impunity.

The film begins with tribal couple Sengkani (Lijo Mol Jose) and Rajakannu (Manikandan) leading a peaceful life. One day, Rajakannu is summoned to the village headman’s house to catch a snake. Rajakannu does as he is bid. But soon after, all hell breaks loose. He and all those close to him are picked up by the police in connection with a burglary at the headman’s house. The police unleash a reign of terror on Rajakannu and his relatives, subjecting all of them to relentless third-degree torture, compelling them to accept responsibility for the burglary.

Then, one night, the cops claim Rajakannu and his associates have escaped. A desperate and helpless Sengkani does not know where to go or whom to turn to for help until she meets Chandru (Suriya), a firebrand lawyer who believes in being the voice of the voiceless.

The story is an almost exact reproduction of one of the cases that Justice Chandru handled when he was a lawyer. To those who may not know who Justice Chandru is, he is one of the most respected judges in the legal circuit and is known for his judgments that have touched the lives of so many poor and downtrodden people in society. While on an average, a judge is known to give around 10,000 to 20,000 verdicts in his or her career, Justice Chandru has a pronounced a whopping 96,000 verdicts during his illustrious judicial career, including a verdict which secured employment for 25,000 poor women in the mid-day meal scheme.

The film is just a class apart. It stands out for a number of reasons. Firstly, this is a gripping courtroom drama – a genre that hasn’t been dealt with such perfection in Tamil cinema until now. The film has no unnecessary songs and more importantly, no fight sequences. In fact, it doesn’t have anything that can take away the intensity or the relatability of the story to real life. Every dialogue is deep, every expression is measured, every message is meaningful. Full marks to director Gnanavel for having made such an intense, meaningful film that so powerfully portrays the pain of the downtrodden and the voiceless.

The film has brilliant performances coming from almost all its cast members. Suriya as advocate Chandru just wins your heart. Conscientious, intelligent, fearless to the point of being arrogant and committed to go all the way when it comes to lending a helping hand, Suriya as Chandru simply inspires. It won’t be a surprise if many youngsters want to take up law after watching this film.

Lijo Mol Jose as Sengani and Manikandan as Rajakannu come up with mind-blowing performances. The transformation of both actors into the characters that they play is just unbelievable. Lijo in particular is just phenomenal. She simply turns into Sengkani and it is hard not to feel her pain or fear. Manikandan as Rajakannu comes up with his career best performance in ‘Jai Bhim’. The scenes in which he is thrashed, even as he begs and pleads with policemen for mercy, are just heart-rending.

The film also has fine performances coming from Prakash Raj, who plays a sincere police officer with a conscience, Rao Ramesh, who plays the senior government counsel and Rajisha Vijayan, who plays a teacher with the Arivoli movement.

Sean Roldan’s music is just perfect for this masterpiece. His numbers inspire where they must and tug at your heartstrings when tragedy strikes.

‘Jai Bhim’ is more than just a film. It is an inspiration. A gem that dazzles!