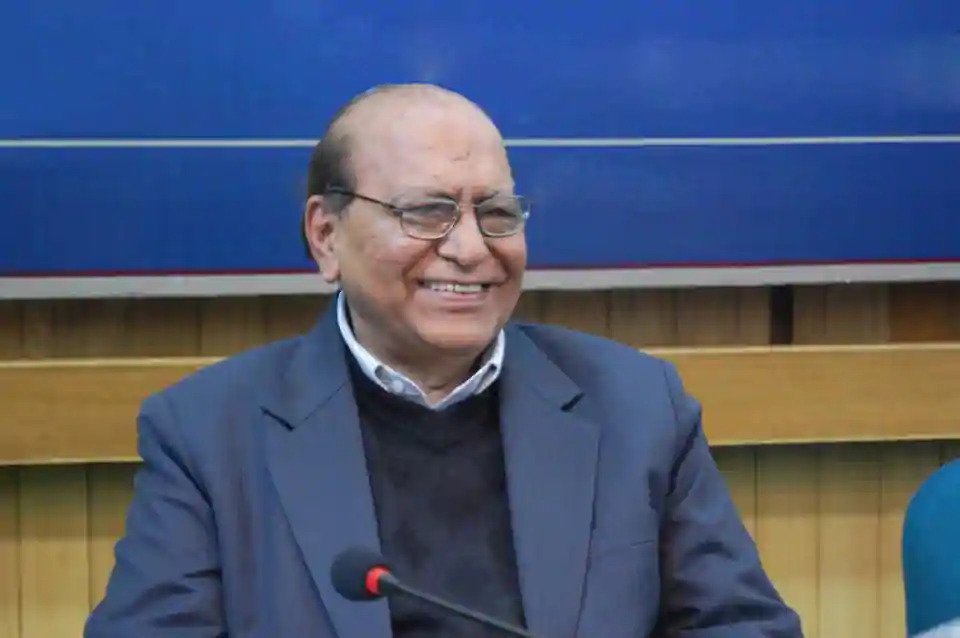 New Delhi, April 2  Mir Taqi Mir (1723-1810) was not only Urdu’s first great poet but also the most prolific one with around 13,500 couplets to his name. He is credited with giving shape and structure to the Urdu language itself, is counted among the five major poets of the language along with Mirza Ghalib, Mir Anees Allama Iqbal and Josh Malihabadi and is often mentioned as ‘Khuda-e-Sukhan’ (God of Posey or poetry).

But, he is also grossly misunderstood outside the academic world, to correct which noted Urdu litterateur Gopi Chand Narang has penned the seminal work “The Hidden Garden” ahead of the 300th anniversary two years hence of one of the principal poets of the Delhi School of Urdu ghazals.

It goes back to 1984, when, after working over several months, Narang had delivered a scholarly paper on Mir’s poetry at a memorial lecture in Karachi that was ultimately published as a book titled “Usloobiyaat-e Mir” in 1985.

“This text was written in scholarly language for an academic audience, and I’m happy to report that the book is part of advanced studies of Urdu literature in several colleges and universities all over the country. Over time, I felt the need to bring my main research findings about Mir to a wider non-academic audience,” the 90-year-old Narang, who writes in both English and Urdu, told IANS in an interview.

“This was considered especially important because we are approaching the 300th birth anniversary of Mir in 2023. That is how ‘The Hidden Garden’ came into being and that is why it is written in an engaging style that an ordinary reader can use to gain knowledge about Mir’s life events and enjoy his riveting verse without being bothered by the analytics that appeal to a more academic audience,” Narang, who has the rare honour of being bestowed as the Professor Emeritus by both University of Delhi and Jamia Millia Islamia, explained.

Written in Urdu and translated by Narang’s long-time associate Surinder Deol, the book has been published by Penguin/Viking.

As Narang researched further, he read almost every word written by Mir, taking copious notes and read virtually everything that was written about him.

“My immediate reaction was a shock and a surprise. The shock came from the finding that even some of the more eminent critics failed to have a more balanced appreciation of Mir’s poetry. There were two common misgivings. First, Mir’s high was really high, but his low was almost like trash. The good part was therefore limited to only seventy-two nishtars (lancets). This meant that there was no balance or no assurance of quality in Mir’s verse. Also, if you have read those seventy-two nishtars, there was no need for you to go any further.

“This was a wrong assessment. What was considered low was not well understood by the critics.

“Second, it was mentioned that Mir’s poetry was too simple to gain any critical appreciation. This was also wrong because Mir’s ‘simplicity’ has layers of complexity. Mir mostly avoided writing in the Persian style that was prevalent in his time. He preferred the language that people spoke in Agra, Delhi, and Lucknow. But within that apparent simplicity of language, he inducted the complexity of his thought-forms. Once again, the critics failed to capture this difference,” Narang elaborated.

Thus, it is important to understand Mir’s life’s key events so that the reader becomes familiar with the roots of his pain and scars of his psyche. “He is like a candle that burns and melts continuously. Mir is not only a poet of unrequited love; his voice reveals and recreates echoes of the medieval age’s soul-touching transcendental thought of the bhakti tradition and spirituality,” Narang explained.

“We know that we cannot fully know about the tragic mass suffering caused by 1857 without going through Ghalib’s letters. In the same way, we cannot appreciate the magnitude of horrible pillage, plunder and ruination that happened during the invasions of Nadir Shah (1739) and the repeated plunder of Ahmad Shah Abdali (from 1747 onwards) and also the infighting between Jats, Marhatas, Rohellas and others without going into the soul of Mir’s verse and his life,” Narang said.

This reveals the parallel between the times Mir lived in and the present day world.

“Mir’s story is not just his own story, it is a testament to the miseries suffered by Delhi as a city and by its residents. It is a story of the river of fire he had to wade through to survive in those times: ‘Ujre nagar mein jaise jale hai charagh ek’ (in a pillaged town engulfed in darkness shines a distant tiny lamp somewhere). Mir is a poet of the fire of love and torment that impacts us slowly. He is a poet of agony and suffering as well as courage and audacity.

“Mir’s poetry is relevant in today’s troubled world, the world shattered by the Covid-19 and economic uncertainties,” Narang said.

What next? What’s his next project?

“I am involved in several exciting projects that would probably unfold in the coming months. Please stay tuned,” Narang concluded.

(Vishnu Makhijani can be reached at )