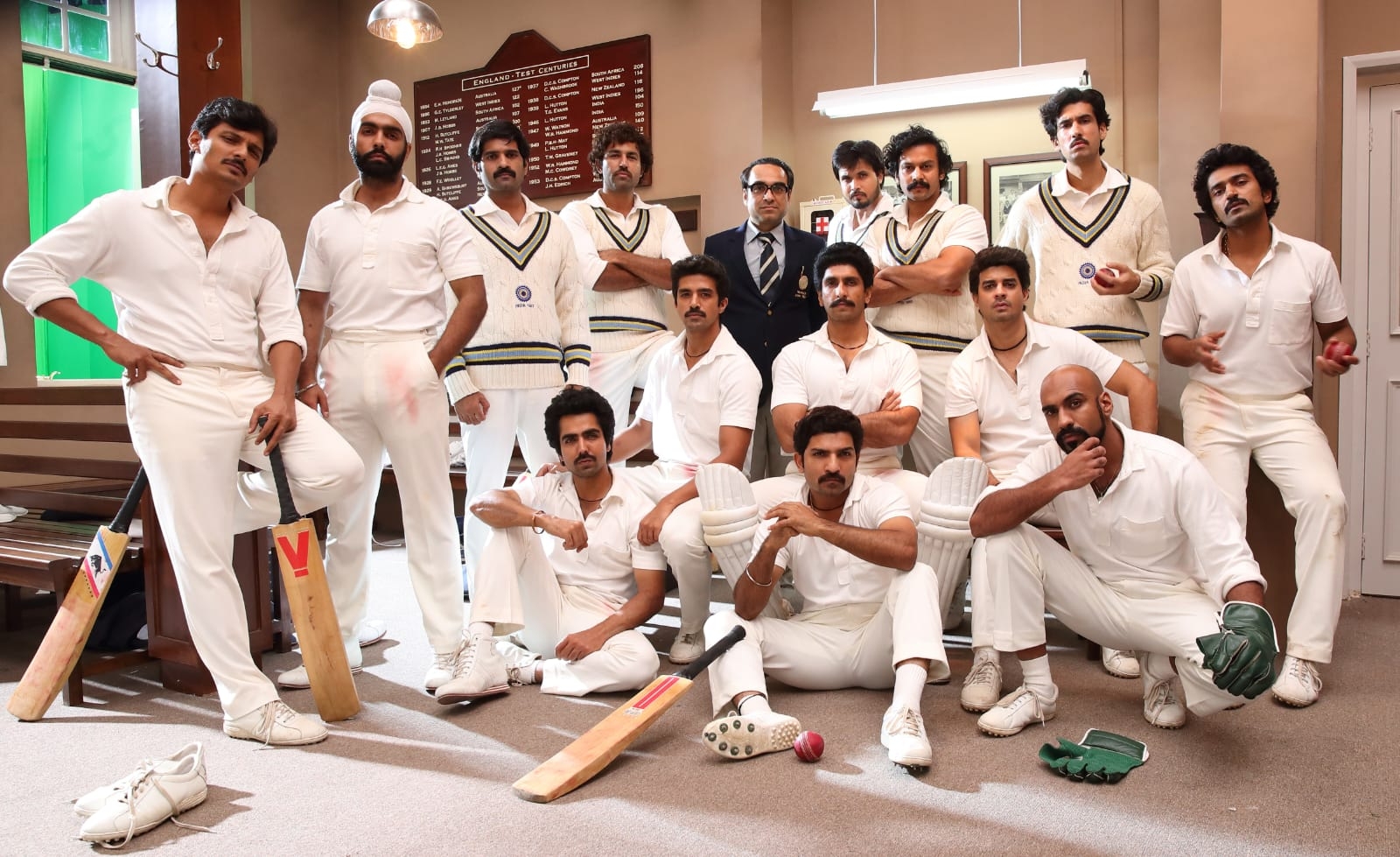 New Delhi, Dec 24  Director Kabir Khan’s ‘83′ is a recreation of a momentous event – the Indian cricket team’s first-ever World Cup victory in 1983. Despite being predictable, the film offers an exhilarating and occasionally touching experience that has viewers leaving the auditorium caught up in an afterglow of excited patriotism.

The film mounted like a brilliantly restored or recreated documentary, captures the three and a half months of – ‘the may or may not win’ drama, where the actors and few of the actual players seamlessly weave in and out of the narrative.

The film focuses only on cricket and has everything that cricket fans could have possibly hoped for. The narrative- highlights and flashes the crucial matches and the moments in-between them, bringing back memories to the big screen after nearly 38 years.

As you are transported back in time, you witness how the ‘underdog’ Indian team was treated with disdain, and despite all odds, how they emerged as winners. It is invigorating to witness the matches once again and your mood swings like Kapil’s bat. You cheer for him when he creates history with a fabulous 175- not out against the Zimbabwe team, and your blood boils when you realise that the legendary game was not recorded on camera because BBC did not think it was important enough.

What you see on screen is Kapil’s charisma, the locker-room banter, the occasional tension and problematic behaviour between the teammates, the strategy they planned during the matches and above all, the anguish and thrills of the matches played during that unforgettable summer.

Casting is another aspect of the film that could not have been better either. Ranveer with his prosthetic dentures- oddly resembles Kapil Dev, but he slips into his shoes effortlessly delivering a brilliant performance that tugs at the heartstrings. While he emulates the captain of the team, Saqib Saleem plays Mohinder Amarnath, Tahir Raj Bhasin essays Sunil Gavaskar, Jatin Sarna is Yashpal Sharma, Jiiva is K. Srikkanth, Harrdy Sandhu is Madan Lal, Nishant Dahiya is Roger Binny, Ammy Virk plays Balwinder Sandhu, Addinath Kothare is Dilip Vengsakar, Dhairya Karwa is Ravi Shastri, Chirag Patil is Sandip Patil.

The film is astutely mounted, with ace production values.

Overall, the narrative – like most of Kabir Khan’s films – is unabashedly manipulative, but this one delivers a cinema experience one won’t be able to forget about anytime soon.