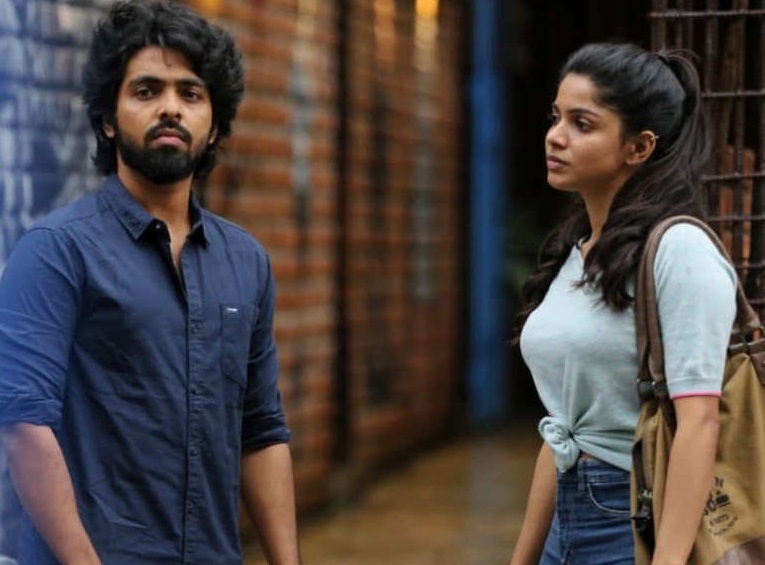 IANS Review: 'Bachelor': A mixed bag that dares to explore topics that no other film has.
Movie Reviews
·December 3, 2021

Director Sathish Selvakumar’s Bachelor holds a mirror to the state of relationships and the manner in which cases are fought under the Indian legal system in today’s world.

The film, which is close to three hours long, has a narration style that is excitingly fresh and a plot that is refreshingly new.

The story begins with Darling (G.V. Prakash), a bachelor from a rural part of the Coimbatore belt in Tamil Nadu staying with a bunch of friends working in the IT sector in Bangalore.

The self-centred narcissist that he is, Darling cares little for anything or anyone else. Taking comfort in the fact that he is far away from his family that wields quite a bit of control over him, the man leads a carefree life, drinking to his full and lusting after women. Eventually, his roommates find him a job in an IT firm.

One day, an accident results in one of his roommates choosing to move in with his girlfriend. Darling, who goes to visit him, gets to meet her roommate Subbu (Divya Bharathi). He is instantly floored by her and begins lusting after her.

With Subbu’s roomate having to move out, the man sees an opportunity to get close to Subbu and pleads with his friend to ask her if she will allow him to move in with her. Subbu agrees.

Initially, they don’t talk much but after a few days of sharing the same flat, Subbu and Darling become friends. At one point, they get intimately involved and then start living together.

Months pass and one day, Subbu announces that she is pregnant. Both Darling and Subbu decide to get the child aborted. But at the last moment in the hospital, Subbu has a change of heart and says she wants to have the kids. A fight breaks out between Darling and Subbu. What happens next is what the film is all about…

The film is brilliant in certain aspects but goofs up in certain other areas.

Bachelor is probably the first Indian film to showcase the manner in which the Domestic Violence Act (better known as the DV Act) has been grossly misused. Full marks to the director for having drawn attention to an issue that has seldom been discussed in films so far.

Until now, we have had films on rape cases and false rape cases. We have had films that have shown dowry harassment but this may well be India’s first film to touch upon the misuse of the Domestic Violence Act.

The film showcases the difficulties and pain that the family members of a man in India are made to undergo for no fault of theirs, when a woman’s side chooses to file a false case of domestic violence, just to get even.

Apart from the straight ideas that it puts across, the film also sparks a debate on the reproductive rights of both men and women in today’s day and age.

What happens when in a live-in relationship, a woman unexpectedly gets pregnant and one of the partners wants the child and the other does not? Although in the film, the woman wants to have the child and the man does not, one cannot help but think of what would happen if the roles were reversed.

There are several things that don’t add up with regard to the plot. For instance, when Subbu’s lawyer wants to frame Darling under the Domestic Violence Act, he says that they would have to prove that the two were married and in a relationship and therefore, goes out of his way to get a fake marriage certificate.

One wonders why a lawyer would do that when all that he would need to do is just file a case under the Domestic Violence act for the simple reason that the act provides protection to even women in a live-in relationship.

One is even more puzzled as to why Subbu’s lawyer would not choose to file a rape case, instead of a DV case, because in India, a woman can file a rape case, saying the man had sex with her on the pretext of marriage and that he was not living up to his promise.