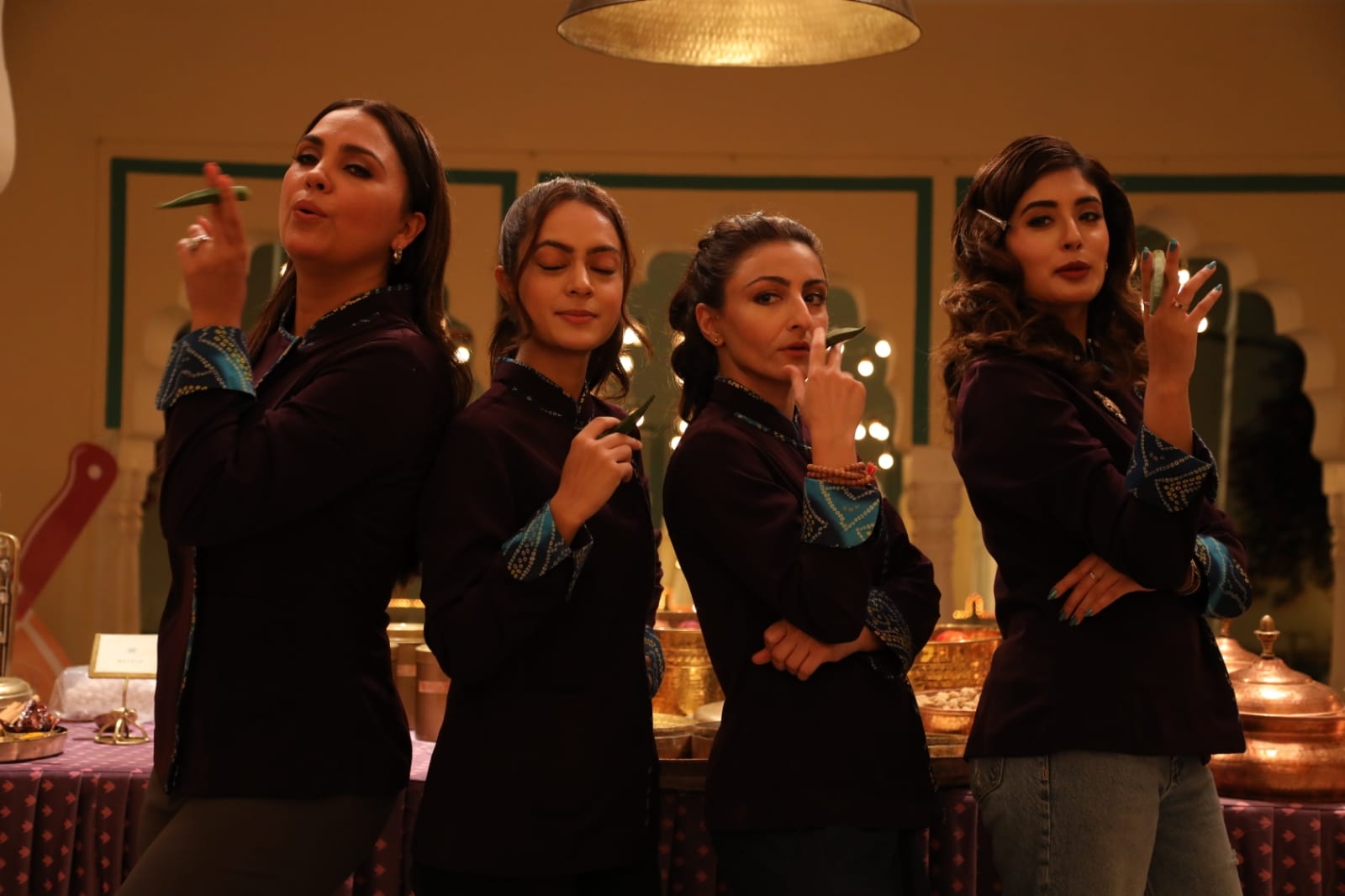 Set in the royal land of Rajasthan, ‘Kaun Banegi Shikharwati’ is a hackneyed ten-episode dramedy where a father attempts to reunite his four estranged daughters to save the legacy they hold.

Naseeruddin Shah plays Raja Mrityunjay, the erstwhile King of Shikharwati, who is bogged down with empty coffers and a huge debt to the Indian Government – in terms of property tax in arrears. To save himself from the situation he is in, with the help of his close confidant Mishraji, he feigns a strange illness and calls his four estranged daughters; Devyani, Gayatri, Kamini, and Uma to his palace with the assurance that he would decide an heir after the four of them compete in a competition.

Each episode is astutely crafted with art that seems insubstantial and meandering on the surface and thus may repulse some. But by the tenth episode, after you have had the patience of sitting through the earlier nine, you’d get hooked to find the series end on a meaningful and heart-warming note.

As for the characters; Naseeruddin Shah as the idiosyncratic Raja with his fuzzy tuft looking as cosily rumpled as an unmade bed, making it clear that Raja Mritunjay is not a heartless, mean man and that he has the welfare of his daughters and his estate at heart, Lara Dutta as Devyani his oldest daughter with marital issues, Soha Ali Khan as his considerate second daughter Gayatri who is a single mom to her two children, Kritika Kamra as his third unmarried daughter Kamini who is obsessed over her social media follower count and Anya Singh as Uma his allergy-prone, gamer daughter, Cyrus Sahukar as Devyani’s husband Harsh Neotia, Raghubir Yadav as Mishraji, and the rest of the ilk, all appear stereotypical and oft-seen.

Similarly, spare for a handful of inspired scenes, the rest of the series appear cliched and unoriginal.

In lesser hands, ‘Kaun Banegi Shikharwati’ could have been indigestible pablum, but its pitch-perfect cast won’t let you soon forget the poignant bonding of the series. There is a natural performative quality to the actors’ embodiment of their characters. They all seem to be living their parts effortlessly and are impressive in their marked roles, with them going big at all times with smirks, sighs, smiles, and tears.

Overall, mounted with ace production values, the series appears staged with damaged individuals in search of – connection and unity, who wind up tidy to a cheesy fault.