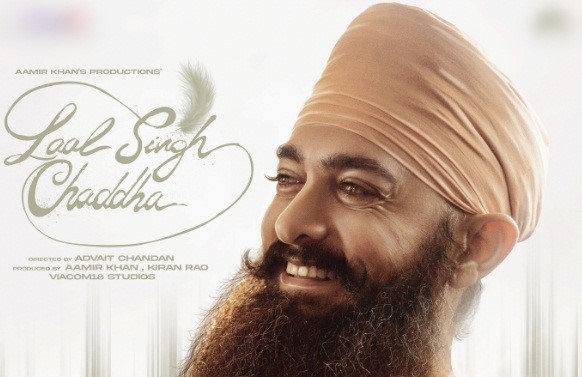 Trolls must watch films before letting conclusions jump on them (Opinion)

New Delhi, Aug 11  It is a sad commentary on the divisive times we live in that films get trolled, and the patriotism of their makers questioned, even before they are released.

There used to be an adage, ‘Don’t let conclusions jump on you’, and nowhere has it been more appropriate than in the troll army’s response to ‘Laal Singh Chaddha’.

People have gone ahead and delivered their own judgments on the film weeks before its release, causing the voices of sanity, such as the IANS columnist Vinod Mirani, and then model and actor Milind Soman, who has urged the trolls in an interview with IANS to first watch the film and then jump on to conclusions, to speak up.

It is too early to say how ‘Laal Singh Chaddha’ will be hurt by or benefit from the negativism surrounding it — its advance booking figures, according to trade analysts, have been more than double of its opposition, Akshay Kumar’s ‘Raksha Bandhan’. But, without doubt, it is a love letter to India. And the supporters of the present political dispensation should be pleased by the occasions in contemporary history and the imagery the film chooses to play up.

It start with a celebration of the end of the Emergency, it shows without airbrushing reality the destruction of the Golden Temple during Operation Blue Star, it portrays with heartfelt sincerity the tragedy that befell the ordinary Sikhs because of the riots unleashed by the goon brigade of the Congress in the aftermath of Indira Gandhi’s assassination.

The pathos of the scene where Mona Singh, who plays Aamir’s on-screen mother cuts off his hair so that the anti-Sikh rioteers do not target him, will make even the eyes of hardened trolls well up with tears.

The film even harks back to L.K. Advani’s Ram Rath Yatra without rushing into a political judgment.

There’s, in fact, a lighter moment in this scene where the Kareena Kapoor character, who turns into a Monica Bedi-type gangster’s moll later, tells Aamir’s Laal Singh Chaddha jokingly, “Iska naam bhi Lal hai (His name is also Lal).” They both had gone to see the Yatra come to Delhi from their alma mater, Hindu College.

Aamir also celebrates the Swachh Bharat Campaign. And the backdrop of the scene where Laal Singh runs across Varanasi is dominated by an image of the holy city’s representative in Parliament, Prime Minister Narendra Modi.

As ‘Laal Singh Chaddha’ draws to an end, images of the beauty of India — from the glory of the Ganges as seen from Varanasi to Jaisalmer’s ‘night sky with diamonds’ (not of course in the way The Beatles meant it!). How better can India be celebrated without anyone breaking into patriotic speeches?

The trolls have now picked on the segment where, during the Kargil War, Laal Singh Chaddha saves a Pakistani soldier, Mohammad Paaji, played by Manav Vij (last seen as Mohammad Ghori in ‘Samrat Prithviraj’). How can an Indian soldier save his Pakistani enemy? The trolls obviously have not idea of the codes of honour at play even on the battlefield.

And then, horror of horrors, the same soldier advises Laal Singh and his wartime comrade Bala, played by Naga Chaitanya, about how to make their ‘chaddi-baniyan’ company into a successful business. But then, the same Pakistani makes the point, and it should gladden any ‘deshbhakt’, that he had been fed lies by his superiors about how bad the ‘kaffirs’ were.

While on the subject of the imagery on display on ‘Laal Singh Chaddha’, on a lighter note, don’t miss out a CGI-enabled cameo of Shah Rukh Khan learning his trademark dance steps from Laal Singh — a throwback to the ‘Forrest Gump’ scene where Elvis Presley masters his iconic pelvic thrusts by watching the Tom Hanks character.

There’s also a cameo of Dawood Ibrahim (played by Vijay Maurya, now in the news for his Lalu Prasad Yadav-inspired on-screen character in ‘Rangbaaz 3’) asking for a drink from Rupa, Kareena’s character, at a party thrown by her gangster lover.

No number of trolls will be able to erase memorable vignettes such as these from a movie they have wronged.