London, Oct 26  Norwegian model-actress Natassia Malthe has accused Hollywood producer Harvey Weinstein of rape.
Malthe claims Weinstein burst into her room at the Sanderson Hotel in London after the 2008 British Academy of Film and Television Arts (BAFTA) Awards and forcefully had sex with her, reports dailymail.co.uk.
“I was very reluctant to come forward today. It scares me in some ways,” Malthe said on Wednesday.
“However, my closest friends encouraged me to do so. I am also doing it for my three-year little boy, so he understands how to respect and treat women and for countless little girls that should never experience what I went through and for all the women that came before me and after me trying to succeed in Hollywood,” she added.
Malthe recounted: “On February 10, 2008 I was in London for the BAFTA awards. I was the spokesperson for LG. I was in London working. After the award ceremonies, I attended the BAFTA after-party with my publicist who suggested that I take a picture with Harvey as I did with many celebrities that night.”
Later, Weinstein asked her about her hotel and room number.
“I was startled and awakened by repeated pounding on my door in the middle of the night accompanied with Harvey Weinstein yelling ‘open the door, Natassia Malthe, it’s Harvey Weinstein.’ I was mortified and humiliated. There were many industry people staying at the hotel. I was worried that everyone would wake up and think that I was sleeping with him,” she said.
“I opened the door. His clothes were messy and his face did not look normal. I wondered if he was on drugs. Then I remember he took his pants off and sat on my bed. I was feeling panic and wondering what I should do.
“He began speaking about various A-list actresses who he claimed had slept with him. He told me that these actresses had gotten to where they were because of him and because they had sex with him.”
Malthe then said Weinstein was on top of her and she was fighting to get him off.
Read Also: When ‘mafi’ meant certain rape in Dera’s ‘gufa’
“It was not consensual. He did not use a condom. However, he did not ejaculate inside of me. After having sexual intercourse, he masturbated and ejaculated. I was completely grossed out. I believe that I disassociated during the time that he was having sex with me,” Malthe said.
“I laid still and closed my eyes and just wanted it to end. I was like a dead person. Afterwards, I lay there in complete disgust,” she added.
Malthe said the next day he sent her the script for “Nine”.
However, this was not the only time he assaulted her as he even asked her to take part in threesome with him and an unknown woman.
Malthe is now the ninth woman to accuse Weinstein of rape. The previous cases involved an unnamed Italian model who claims she was raped in 2013 by Weinstein, actresses Rose McGowan, Asia Argento and Lysette Anthony, then-college student Lucia Evans and the aforementioned unnamed woman.
–IANS 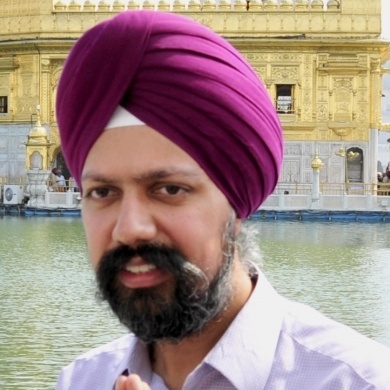