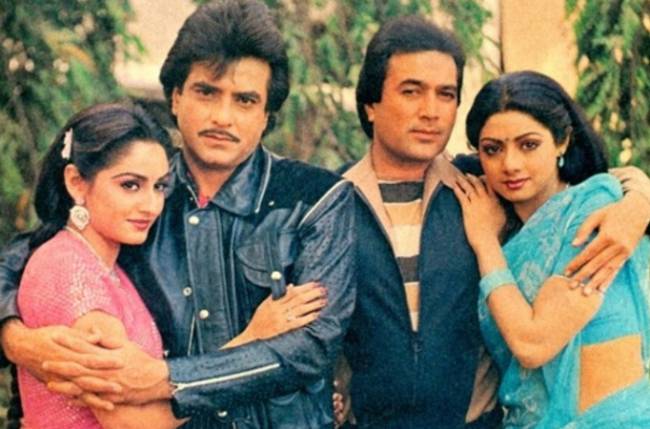 When Sridevi, Jaya Prada were locked in a room by Rajesh Khanna, Jeetendra
Bollywood News
·April 20, 2021

When Sridevi, Jaya Prada were locked in a room by Rajesh Khanna, Jeetendra

Mumbai, April 20 Veteran actress Jaya Prada has recalled an amusing incident involving her and the late superstar Sridevi, from back in the day when the two actresses were considered top competition to each other.

The year was 1984 and the two heroines were shooting for the film “Maqsad” with Rajesh Khanna and Jeetendra. Realising Sridevi and Jaya Prada wouldn’t speak to each other, the two lead actors devised a plan.

“It’s never been that we had any personal grudge against each other but it is just that our chemistry never matched. We never had eye contact with each other as we both were in competition, be it dresses or dance. Every single time we met we were first introduced on set, and we would say namaste to each other and move ahead,” Jaya recalled.

She went on to reveal: “I still remember, during the shoot of Maqsad, Jeetu ji and Rajesh Khanna ji locked us in a makeup room for an hour but we both did not even say a word and everyone gave it up on us!”

However, Jaya Prada says does miss Sridevi, who passed away in 2018. She regrets not talking to her enough.

“Today, as she is not here, I miss her a lot. I feel alone because she was a renowned competitor in Bollywood industry. Through this platform, I would also like to say that if somewhere she is listening to me, I would just say that I wish we could talk to each other,” said Jaya, while speaking on the set of “Indian Idol 12”, which airs on Sony Entertainment Television.