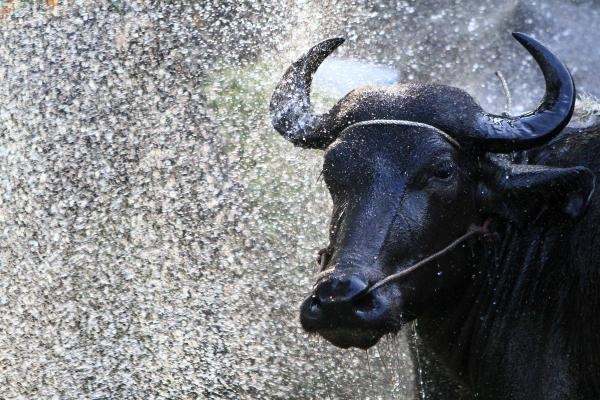 How buffalo settled theft case in UP

Kannauj (Uttar Pradesh), Oct 13 In this case, the police or the court did not decide the outcome of a theft case, but a buffalo did.

One Virendra of Ali Nagar in Jalesar town of Kannauj district lodged a complaint with the police stating that his friend Dharmendra had stolen his buffalo and sold it to someone else.

Dharmendra, however, denied the charge and insisted that the buffalo belonged to him.

The buffalo was brought to the police station on Monday and let loose. Both Virendra and Dharmendra were asked to call out to the buffalo by the policemen.

After some time, the bovine walked up to Dharmendra and the ownership issue was settled.

Vijayakant Mishra, Senior Sub Inspector, said, “We tried this unique idea of letting the buffalo make its own choice. When Virendra and Dharmendra called out to the buffalo, the animal stared at them and walked up to Dharmendra and the issue was decided.”

Virendra, in his complaint, had alleged that his friend Dharmendra had stolen his buffalo, who had further sold it to a man named Muslim of the Rasoolabad village.

On Sunday, while Muslim had taken the animal to sell it further in a cattle fair, Virendra caught hold of him and entered into a scuffle with him claiming that the buffalo belonged to him.

Muslim, denied his claim and stated that he had purchased this buffalo from Dharmendra.

At the police station, Dharmendra said that the buffalo belonged to him and he had sold the animal to Muslim for Rs 19,000 a few days ago.