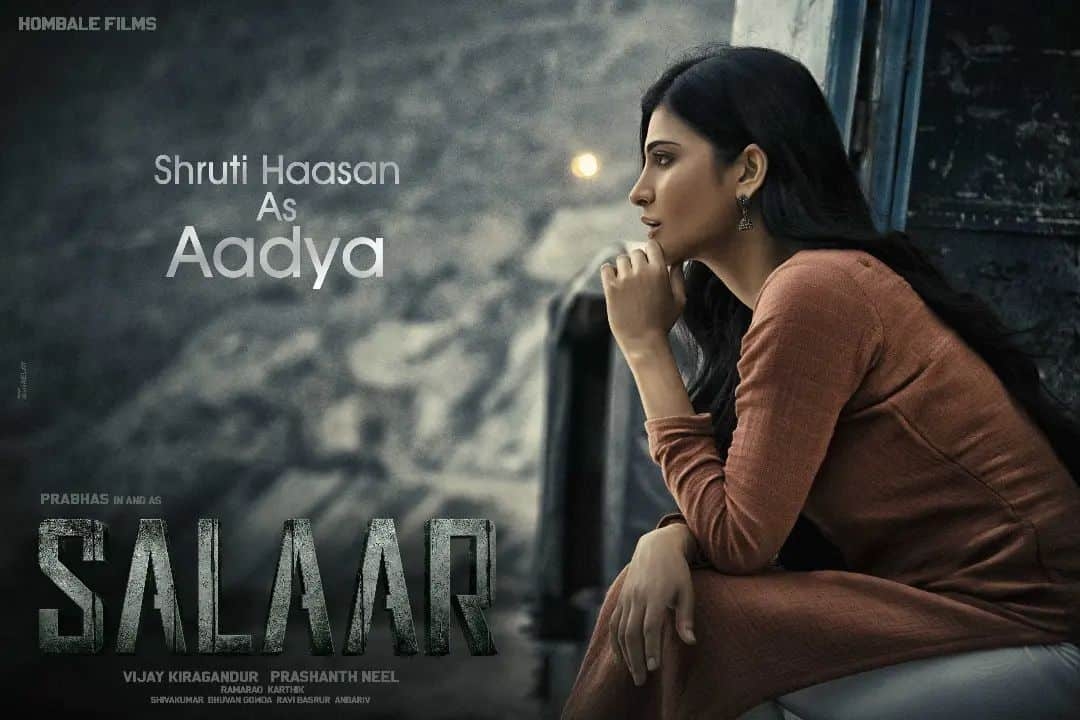 BDC News
Hyderabad, Jan 28  The makers of Prabhas-starrer ‘Salaar’ released a special birthday poster to wish the movie’s heroine Shruti Haasan, on the occasion of her birthday.

As the ‘Gabbar Singh’ actress celebrates her birthday on Friday, her upcoming movie- ‘Salaar’ hero Prabhas took to his social media platforms, to release a picture. “Wishing my entertaining heroine, the energy ball on set @shrutzhaasan, a very Happy Birthday! #Salaar,” wrote Prabhas, as he shares the poster.

Shruti Haasan plays a role named Aadya in Prashanth Neel’s upcoming directorial ‘Salaar’. Though the makers didn’t reveal much in the poster, Shruti Haasan is seen in a simple long-sleeved dress, as she gazes at the sky.

It is rumoured that Shruti will play a political journalist’s role, while it is yet to be confirmed by the makers of ‘Salaar’.

Billed to be a high octane action entertainer, ‘Salaar’ is one of the high-budget upcoming movies to feature Prabhas.

Like the movie ‘KGF’ bagged him so much fame, Prashanth Neel is pinning hopes on ‘Salaar’ so as to keep up his good work.

While it is reported that a few schedules of the shooting have been wrapped up, the upcoming schedules will be crucial for the makers. Sandalwood’s production banner Hombale Films of ‘KGF’ fame is bankrolling ‘Salaar.’