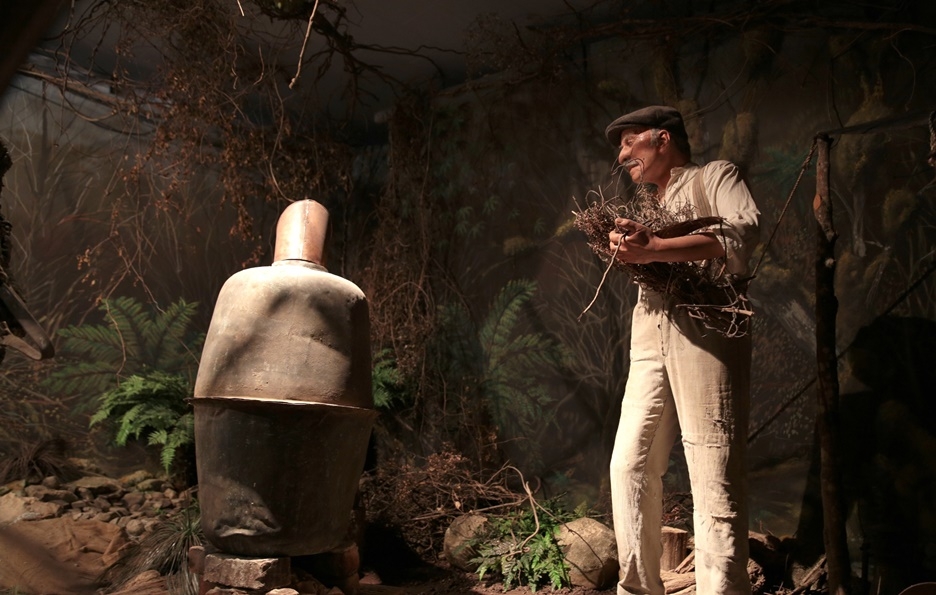 New Delhi, Sep 13 Recognized for its clean and green environment, New Zealand is made up of many beautiful landscapes – from vast mountain chains to grand volcanoes, from flowing rivers and contemporary museums to expansive caves, fiords, lush rainforests, grassy plains and rich thermal areas.

Get off the beaten track to find lots of hidden gems that are waiting to be explored:

The Ohaupo TreeChurch
With a passion for church architecture and the natural beauty of trees, dairy farmer Barry Cox decided that the gardens he was creating in the central North Island town of Ohaupo, “needed a church”. So he built one from trees. He engineered the iron framework from a vision in his head, then planted trees to grow over it.

The result is a luscious natural space full of light and warmth. The marble altar comes from the Catholic church where he was an altar boy.

The TreeChurch is set at the heart of more than a hectare of sculpted gardens that Barry created himself. Initially a private property Barry was persuaded to open it to the public in 2015. With capacity for 120 guests the TreeChurch hosts many weddings.

Pelorus Mail Boat
Joining a mail run to deliver the post and supplies to the isolated locals of the Pelorus Sound/Te Hoiere is perhaps the most authentic way to discover the Marlborough Sounds. With local Bindy Taylor at the helm, the Pelorus Mail Boat gives an intimate view of the remote area and a personal insight into its history.

The boat is often escorted by the region’s diverse wildlife, including bottlenose dolphins, as it makes its deliveries along the intricate coastline. A born and bred Marlburian, Bindy’s favourite part of the job is the people she gets to meet, as well as their precious cargo – it’s not uncommon for goats, pigs and sheep to make the trip. Having seen every nook and cranny of the coastline, Bindy’s favourite spot is Tawero Point, where a number of the Sounds come together.

Hokonui Moonshine Museum
Once branded criminals for their famed bootlegging operation, the McRae family have since become Southland folk heroes. Widow Mary McRae arrived in the Hokonui district in 1872 from Scotland with her seven children and a whisky still. Drawing on her family’s generations of distilling, her product quickly became famous for its quality. When prohibition arrived in the region in 1894, Mary would disguise a small barrel of whisky from the police under her “voluminous” skirt. She lived to 93 – crediting that longevity to her daily ï¿½dram’.

Gore’s Hokonui Moonshine Museum opened in 2000 to preserve the region’s colourful history of illicit whiskey making and consumption. In 2021 the museum will open its first operating distillery to produce Old Hokonui Moonshine – made to the original recipe – on site. Using third generation local grain growers to harvest barley and a bespoke ï¿½art still’ commissioned especially for the project, the region’s reputation for unique moonshine continues.

Barrytown Hall
Perched on the edge of the West Coast between Punakaiki and Greymouth, the Barrytown Hall is an iconic destination for local and international touring musicians. Built in 1929 the hall began hosting gigs in about 1972 and is a focal point of the dispersed Coastie communities. The remote destination has hosted many international acts including Townes Van Zandt, and US rock bands Shellac and Dead Moon. Fugazi was scheduled to play the Barrytown Hall but the drummer broke his leg and the New Zealand tour was cancelled – the poster for the gig still remains on the wall.

In 2017, the hall was forced to stop hosting concerts after a noise complaint. At the end of 2019 Barrytown Hall won the dispute and were given the green light to continue holding live gigs after a crowdfunding campaign to soundproof the venue.

During the campaign a sign at the hall read: “When leaving, please remind our neighbours that drunk people have loudly been leaving this establishment long before they decided to buy houses next door.”

The Museum of Natural Mystery, Dunedin
Bruce Mahalski lives among the dead – quite literally. The front rooms of his home, a 19th century villa in central Dunedin, are the final resting place for hundreds of animals, their bones arrayed neatly on shelves, in cabinets and around the walls. While some come from exotic overseas animals, most of Mahalski’s collection are the (ethically sourced) remains of the creatures New Zealanders are surrounded by every day: cats and dogs, native birds, and local pests like rabbits, possums and stoats.

While it may seem macabre, Mahalski sees his collection as a celebration of life and the interconnectedness of all beings, a concept he explores in the intricate bone sculptures he makes and displays in the final room of the museum. Also on display are Mahalski’s collections of cultural ephemera, strange vintage books, and other curiosities, many sourced from the Otago region.

Underhill Valley
Set in Waikato, the home of the magical Waitomo glow worm caves and Hobbiton movie set, the Underhill Valley earth house is a fairy-tale experience. Classified as “glamping” Underhill Valley is both simple and luxurious. The earth house is carved into the side of the hill and feels like a romantic hobbit hole. The giant timber doors open to a pond and private paths that lead around its landscaped grounds. A stay at Underhill Valley is a rare opportunity to disconnect from the world and embrace the peace of the beautiful property.

Underhill Valley is owned and hosted by Jessie and Craig Moon, who live on the property along with their young children. The earth house was created by Jessie’s father over many years. Every element was hand-crafted – down to the iron-hinges on the large wooden doors. Jessie spent her childhood planning what this little house would look like with her dad. A fairy-tale come true, Underhill Valley is a very special place for the family and its guests.