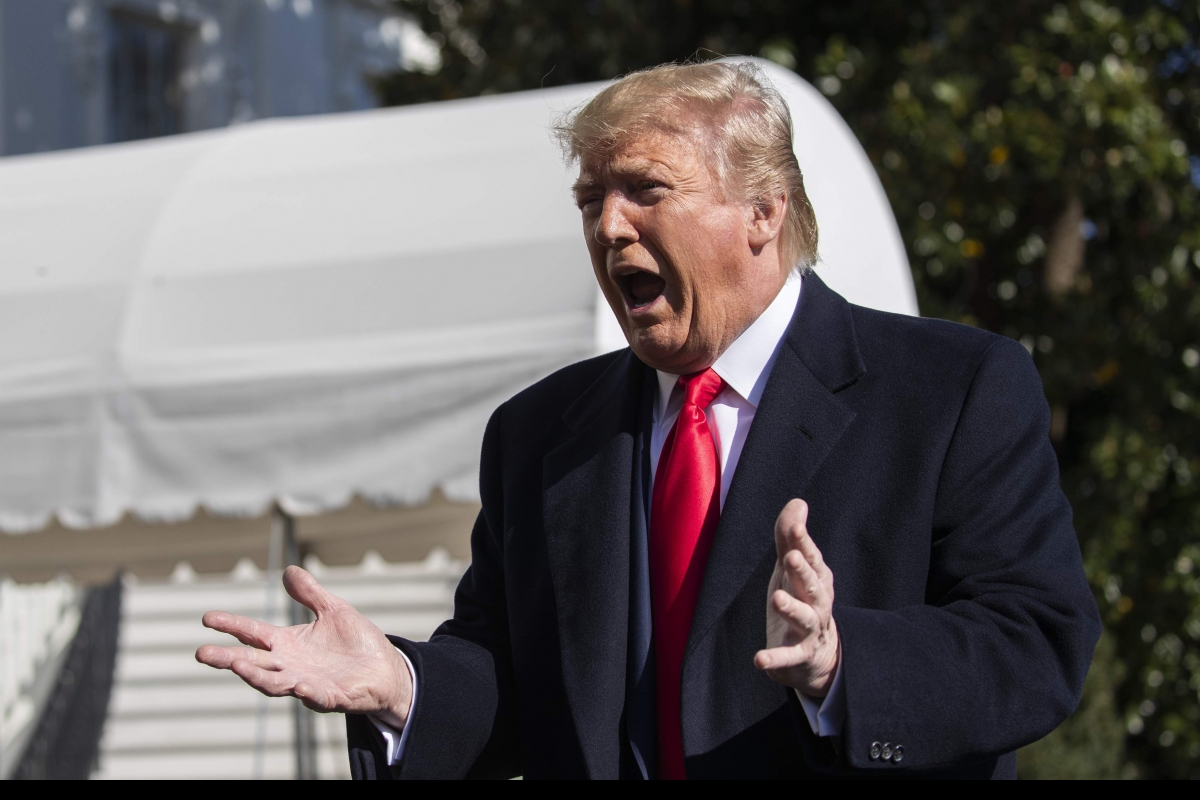 The legal peril that awaits Trump in 2021

New York, Dec 23  At around noon on January 20, 2021, Donald Trump will go from being President of the US to a private citizen with more than a dozen investigations and civil lawsuits are circling overhead. From the moment he exits the White House, Trump loses immunity from prosecution that he currently enjoys, the legal peril is real and already gaining momentum, in the wild weeks leading up to the end of his presidency.

Trump has weathered a ton of legal dangers already. He has survived thousands of lawsuits, six bankruptcies and one impeachment inquiry. Yet, two of the ongoing investigations hold more poison arrows than the others and promise to suck up the maximum oxygen.

These are being led by powerful officials in New York. Cyrus Vance, Jr., the Manhattan District Attorney, and Letitia James, New York Attorney General, are separately pursuing potential criminal and civil charges related mostly to Trump’s business practices before he became President but also new ones relating to the timeline of Trump’s one-term presidency.

Still stewing over his election loss, Trump issued a series of pre-Christmas pardons on December 22, and talk has been swirling for weeks now whether Trump will pardon himself. Legal pundits are all over the map on this. Presidential pardons, though, cover only federal crimes. The cases against Trump in New York are outside the federal ambit and the charges here are beyond the realm of a Presidential pardon.

Manhattan District Attorney Cy Vance is investigating “possibly extensive and protracted criminal conduct at the Trump Organization,” according to court documents. Trump’s former fixer and personal lawyer Michael Cohen has alleged, in congressional testimony and interviews, that Trump uses two lines of financial reporting: one with higher values to snag loans and another with lower values to minimize taxes to ridiculously low levels.

While Trump has refused to release his tax returns, the New York Times got hold of more than a decade of Trump’s tax records and reported that he had paid no income tax for 10 of the years and $750 in each of two other years. Vance’s office subpoenaed eight years of Trump’s tax documents which went all the way to the nation’s highest court. The Supreme Court ruled in October 2019 that Trump could fight the subpoena only on merits, like any other person. New York state law says cooking up business records in the service of an illegal act is a felony.

Cohen also pleaded guilty in 2018 to campaign finance violations for paying hush money to adult film star Stormy Daniels on Trump’s behalf. Federal prosecutors in New York did not seek charges against Trump at the time even though the indictment alleged that Cohen had paid Daniels $130,000 before the 2016 election to benefit “Individual-1,” who went on to become “ultimately successful candidate for president.” Trump, at the time, would have been immune from prosecution because of the legal armour of the presidency.

“It’s the office of the Presidency that’s keeping him from prison and the poorhouse,” Timothy Snyder, a history professor at Yale, told The New Yorker magazine.

This is where Cy Vance and Letitia James come in. Fox News, until recently Trump’s go-to network, is reporting that Vance is discussing the creation of a “special task force” to investigate Trump’s business dealings. In parallel, the office of New York Attorney General Letitia James, is pursuing civil cases against Trump related to four real estate projects – two located in New York, one in Chicago and another in Los Angeles. Any criminal charges, if they emerge from these cases, can be transferred to Vance.

New cases are getting added on too.

In late November 2020, James sent a subpoena to the Trump Organization on the issue of consulting fees paid to Ivanka Trump as part of a broader investigation into Trump’s business dealings.

According to a New York Times report, Trump will have to meet rolling deadlines in the next four years for over $300 million in loans that he has personally guaranteed and much of it to creditors like Deutsche Bank. The Financial Times estimates that about $900 million of Trump’s real estate debt also comes due by 2024.

While the imagined Trump 2.0 scenario becomes a popular parlour game, Trump himself has reportedly told confidantes that he couldn’t imagine going back to “ordering windows”, in a reference to his earlier life in real estate.

Trump’s former fixer Cohen, who reportedly placed a $10,000 bet on Trump’s election loss, has been TV studio hopping saying his former boss will be hounded by “insane litigation” after his White House exit.

Until now, no former US president has ever done jail time, not even Richard Nixon. Nixon received a pardon from President Gerald R. Ford in 1974 after resigning in the wake of the Watergate scandal.