New Delhi, Nov 13 IANS) : US President-elect Donald Trump on Sunday reiterated his pre-election commitment to impose a stricter immigration regime, saying he will ensure immediate deportation of two to three million undocumented immigrants.
In his first extensive interview since victory at the election, Trump told CBS News that his government’s primary focus would be “the people that are criminal and have criminal records, gang members, drug dealers… We are getting them out of our country or we are going to incarcerate” them.
However, Trump’s statement is at variance from House Speaker and top Republican leader Paul Ryan, who has said that despite Trump’s campaign rhetoric, lawmakers are not prepared to form a deportation force to round up and deport undocumented immigrants.
During the election campaign, the President-elect had warned that he would enforce the provision of stopping of issuing of visas to the people of those countries, which do not accept their illegal immigrants.
There are an estimated 11 million documented immigrants in the country, out of which several hundred thousand are believed to be Indian-Americans.
In 2014, close to 200,000 undocumented immigrants convicted of committing crimes were deported back to their countries.
Trump also told CBS News said that he will build the wall along the US-Mexico border that was a vital part of his presidential campaign.
However, Trump stipulated that the wall — instead of being ‘big and beautiful’ like he repeatedly vowed — could end up being part-wall and ‘some fencing’.
“For certain areas I would, but certain areas, a wall is more appropriate,” he said, adding that ‘I’m very good at this, it’s called construction’.
The billionaire businessman said that once the border is secured, immigration officials will ‘make a determination’ about remaining undocumented immigrants in the country. 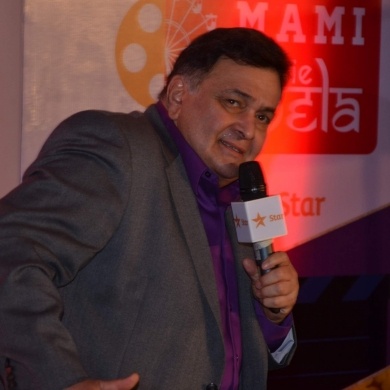 Rishi Kapoor mourns Nimmi, says she was ‘part of the RK family’