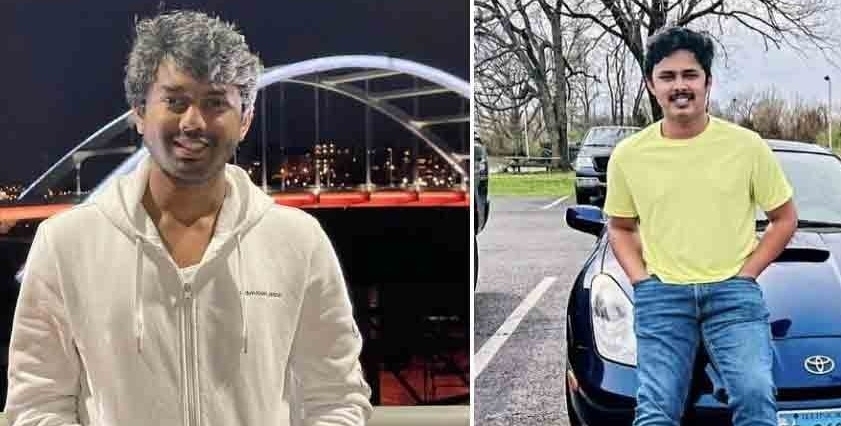 Two students from Telangana killed in US accident.
Diaspora
·April 25, 2022

Two students from Telangana killed in US accident

Hyderabad, April 24 Two students from Telangana were killed in a road accident in the US.

Pavan Swarna (23) of Khammam and his friend Vamshi Krishna Pechetty (23) of Bachupally in Medchal Malkajgiri district were killed in a head-on collision of two cars in Illinois on April 21.

Pavan was at the wheels of one of the vehicles. An American woman driving the other car was also killed. Three others travelling with Pavan and Vamshi were injured and the condition of one of them is stated to be critical.

Pavan and Vamshi were pursuing their master’s in computer science at Southern Illinois University (SIU) in Carbondale.

Kalyan Dorna, Karthik Kakumanu and Yashwanth Uppalapati were injured in the accident. Kalyan’s condition is stated to be critical.

According to information reaching the families of the deceased, the accident occurred when a group of 10 students in two separate cars were returning after shopping. One of the cars was hit by another vehicle which was being driven by an American.

Vamshi, second son of a bank officer Varaprasad and JNTU professor Padmaja Rani, had gone to the US five months ago after doing his BTech.

Vamshi’s elder brother Shashi Krishna was already settled in the US for the last seven years.

Telangana Governor Tamilisai Soundararajan on Sunday condoled the death of two students from the state.

“Saddened to hear the loss of two Telangana students in a car accident in Illinois USA,” the governor tweeted.

She directed the Raj Bhavan officials to render all possible support to the families in bringing back the bodies with the help of Ministry of External Affairs and to provide medical assistance to three others who were injured.