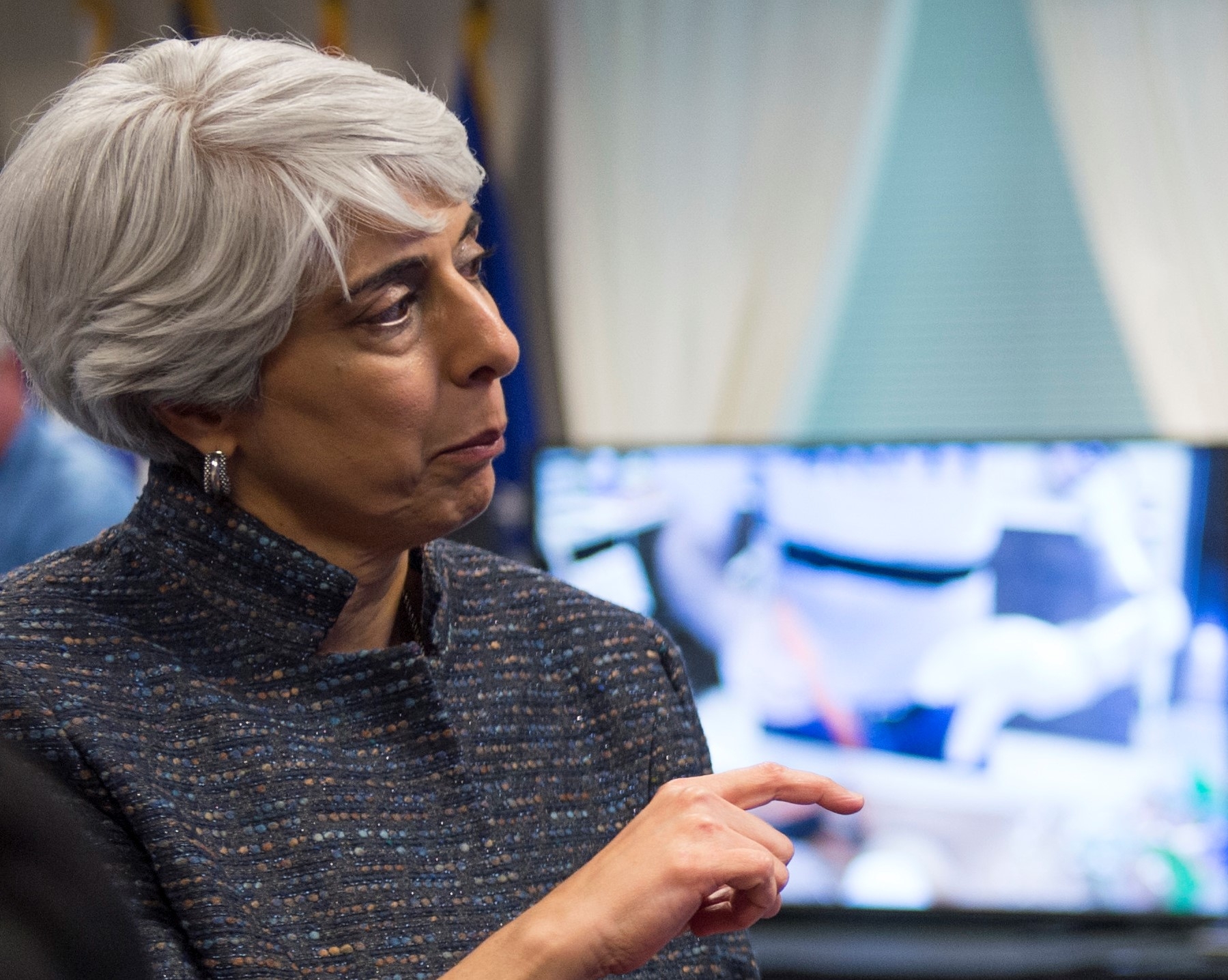 Arati Prabhakar has been nominated to be a member of President Joe Biden's cabinet as the director of the Office of Science and Technology Policy. (Photo: Department of Defense)
Diaspora
·June 23, 2022

New York, June 23  US President Joe Biden has appointed Indian-American scientist, Arati Prabhakar to his cabinet as the director of the Office of Science and Technology Policy (OSTP), according to the White House.

Her nomination, which would make her the current second Indian-American cabinet member alongside Vice President Kamala Harris, was sent to the Senate for confirmation on Wednesday, the White House said.

The White House credited Prabhakar with a role long before the pandemic in paving the way for Covid vaccines that use mRNA technology.

It said that “the development of a rapid-response mRNA vaccine platform” under Prabhakar’s leadership, while she was the director of the Defense Advanced Research Projects Agency, (DARPA) from 2012 to 2017, made “possible the fastest safe and effective vaccine development in world history in response to Covid-19”.

Biden called her “a brilliant and highly-respected engineer and applied physicist” and said she would lead the OSTP “to leverage science, technology, and innovation to expand our possibilities, solve our toughest challenges, and make the impossible possible”.

If she is confirmed to the post by the Senate, as required for all senior appointments, Prabhakar will be the third Indian-American ever to serve in a US cabinet.

The first was Nikki Haley who was appointed by former President Donald Trump in 2017 as the Permanent Representative to the UN with cabinet rank.

Prabhakar’s nomination was welcomed by the Indian and Asian communities.

Neil Makhija, executive director of the Indian American Impact which promotes community members aspiring to public offices, said the group was “thrilled” by her nomination.

“We applaud the president for his historic decision, which uplifts not only the exceptionally qualified Dr Prabhakar, but all South Asians and Asian Americans who aspire to reach new heights and become leaders within public service and the scientific community.”

Member of the House of Representatives Pramila Jayapal tweeted: “I look forward to seeing all the good Arati Prabhakar will do as the White House science adviser, and as the first woman of colour and first immigrant to hold the position!”

Asian and Pacific Islander American Vote (APIAVote) congratulated her in a tweet.

Prabhakar immigrated to the US with her family as a three-year-old and went on to get an electrical engineering degree from Texas Tech University and a PhD in applied physics from the California Institute of Technology.

She started as a Congressional Fellow at the Office of Technology Assessment.

Former President Bill Clinton appointed her in 1993 as the head of the National Institute of Standards and Technology (NIST) when she was only 34, becoming the first woman to hold that office.

During former President Barack Obama’s tenure, she headed DARPA where she oversaw breakthroughs in fighting terrorism and human trafficking.

The White House said that teams under her leadership “prototyped a system for detecting nuclear and radiological materials before a terrorist can build a bomb” and “developed tools to find human trafficking networks in the deep and dark web”.

She established a new office at DARPA to spur novel biotechnologies and in another project “enabled complex military systems to work together even when they were not originally designed to do so”, it added.

In between assignments with the federal government, she worked for 15 years in Silicon Valley as an executive and as a venture capitalist.