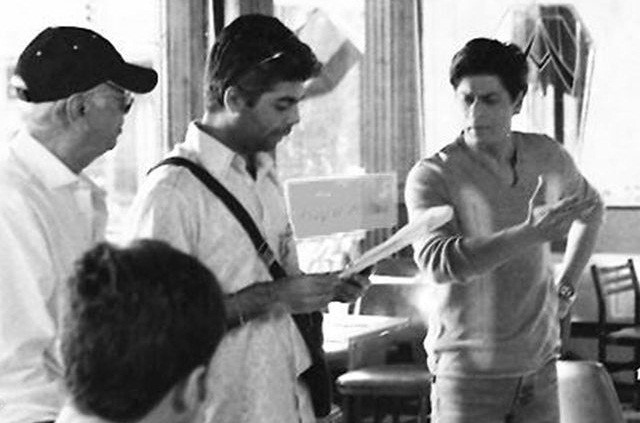 Mumbai, Nov 28  Those who grew up in the 1990s have one more reason to get the feeling that they are growing older faster than they thought – the Shah

On this occasion, the film’s producer Karan Johar, took to his Instagram to reminisce about the film as he shared throwback pictures from the film’s sets.

The film also marked the debut of Nikkhil Advani, who started off as KJo’s assistant on ‘Kuch Kuch Hota Hai’. Nikkhil has since then delivered movies such as ‘D-Day’ and ‘Patiala House’ as a director and produced films like ‘Airlift’ and ‘Satyameva Jayate’ and the OTT series ‘Mumbai Diaries’.

Taking to his Instagram, Karan shared the pictures as he wrote in the caption: “An entire lifetime of memories, in a heartbeat! This film gave so much more than just that – it gave me joy, unbreakable bonds, a different lens for story telling and of course – the last film set I could be on with my father. And for that, I will forever be grateful to this film! #19YearsOfKalHoNaaHo”

Interestingly, Preity Zinta was not the first choice for the role of Naina. Karan in fact, went with the film to Kareena Kapoor Khan, who had then just delivered a massive flop with ‘Mujhse Dosti Karoge’ which was directed by Kunal Kohli, who had earlier worked with current Yash Raj Films head honcho, Aditya Chopra.

As per Karan’s book ‘An Unsuitable Boy’, Karan had specifically asked his father Yash Johar to stay out of the negotiation room so he could convince Kareena at a cost effective budget.

But Kareena was demanding the same money as SRK as she felt Advani again being an assistant director making his debut came with a greater risk similar to Kohli.

The discussion around money ended in a deadlock and Karan, hurt by Kareena’s unreasonable demand, offered the film to Preity Zinta, and the rest is history.

‘Kal Ho Naa Ho’ is celebrated as a milestone in Hindi cinema because of its urban approach of storytelling (the film was set in New York City and had an elegant urban upmarket styling) and more importantly, its path-breaking melody driven music clubbed with Javed Akhtar’s lyrics.