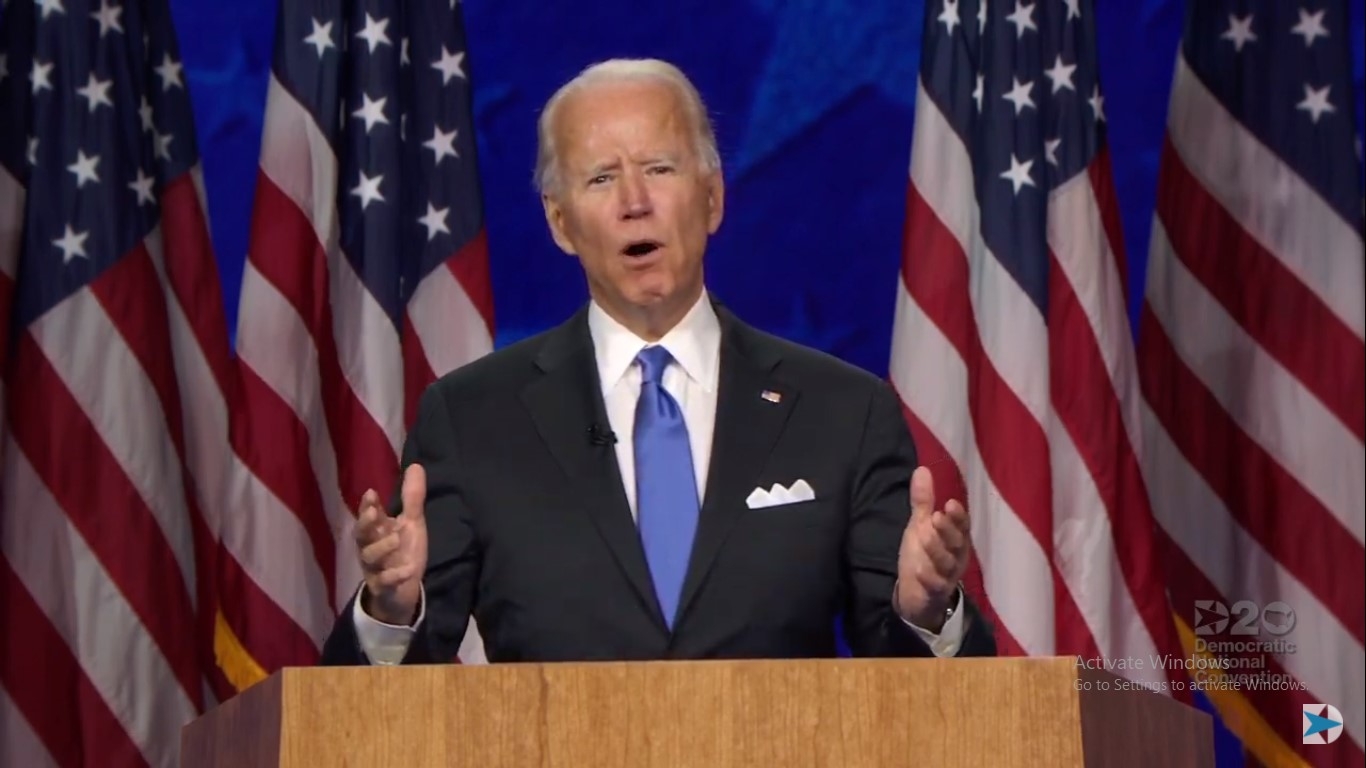 Joe Biden and his wife Jill celebrate after he made his speech from Wilmington, Delaware State, accepting the Democratic Party's presidential nomination at its virtual convention on Thursday, August 20, 2020. (Photo: DNC/IANS)
International News
·September 11, 2020

Washington, Sep 11  Democratic presidential nominee Joe Biden has called US President Donald Trump’s handling of the Covid-19 pandemic “disgusting” and “almost criminal”, after it was revealed that the latter had downplayed the virus’ threat earlier this year, the media reported on Friday.

“It was all about making sure the stock market didn’t come down, that his wealthy friends didn’t lose any money, and that he could say anything, that in fact anything that happened had nothing to do with him,” the BBC quoted Biden as saying in a CNN interview on Thursday.

“Think about it. Think about what he did not do – it’s almost criminal,” he added.

Biden’s remarks came after local media reported on Wednesday that Trump told author and associate editor of The Washington Post, Bob Woodward in March that he wanted to downplay the threat because “he did not want to create a panic”.

It is based on 18 interviews that Trump gave Woodward, who broke the Watergate scandal, between December 2019 and July 2020, as well as background conversations with officials and other sources.

Facing criticisms following the revelations, Trump insisted he was right to keep his concerns about the pandemic private.

At a White House event also on Wednesday, Trump defended his remarks, calling himself a cheerleader for the country and arguing he did not want to create panic.

The US continues to be the worst-hit country in the world by the coronavirus pandemic.

As of Thursday, the number of cases increased to 6,397,245, while the death toll stood at 191,791, according to the Johns Hopkins University.